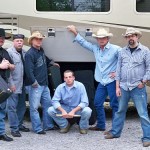 1. Hello Mike and welcome to Kick Acts. Tell us a little about yourself.

We are a group of guys from all over Western Kentucky.  When the band 69 South broke up 3 of us got together and put Copper Road together. Our goal was to be the best we could be and as professional as we could. We don’t “expect” to get famous and all that, but we do remain hopeful, and if we don’t “make it”, we want it to be so it isn’t our fault! We are putting the final touches on a new CD that we recorded last month, waiting for the final mix and mastering, it should be ready for release within the next month. (we hope!) We did release 100 copies of a pre-release which sold out almost immediately. We have had a lot of encouraging feedback and we’re very excited about the whole project.
2. You’re currently in a band called “Copper Road”. Tell us who’s in the band, how you got the name “Copper Road” and how we can find you online and any shows that we can catch you at.

We were trying to figure out a name for the band, and in this day of the internet, finding an original name is a VERY difficult thing to do! My criteria were that I didn’t care what the name of the band was as long as nobody else was using it. Somebody, I think Dave, came up with Copper Road and it met the criteria. As for the band members, John Thompson – singer/acoustic guitar, Jeff Jones – singer acoustic guitar, Mike Thomas – electric/lead guitars, Samuel Humphrey – keyboards, David Bowles -bass, and Cody Kirby – drums. You can find us at www.myspace.com/copperroadband.
3. You guys have some unique players in the band. Some with families with back grounds at the Grand ole Opry and praise and worship music. Tell us about that.

Our drummer Cody Kirby is the son of Malcom Kirby. Malcom is a top notch steel guitarist who enjoyed moderate success playing with Johnny Russell where they had multiple appearances on The Grand Ole Opry. Samuel Humphrey has been playing keyboards for over 30 years. Samuel’s background is in gospel and praise and worship music. Although he was not a band member, he played and traveled with The Happy Goodman Family off and on for several years. He played and traveled with the WWJD Praise & Worship Team and has played for various churches over the years. It wasn’t until a few years ago when Samuel joined 69 South that he started playing secular music, as he calls it.
4. You guys put on a great show and just don’t stand there and stare at your feet when you are performing. You give it all every night. Does it ever get hard to do after four or five sets? 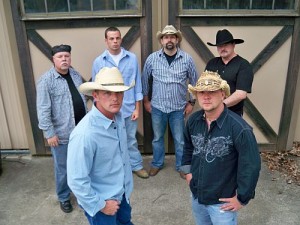 It can get grueling. I have seen Cody’s hands completely covered in blisters and John has gotten into it so much that he sliced his hand on his guitar strings slinging blood all over the place. The thing is though, we love what we do! We are very aware of what we must look like on stage as well. We want to be a band that WE would enjoy watching, so yeah, we interact and move as much as we can. Sometimes it’s hard to come up with stuff to talk to the crowd about, I mean, there’s only so many times you can say, “How y’all doing! Everybody having a good time! Somebody scream!”
5. Do you have a greatest gig story you’d like to share?

We opened for The Kentucky Headhunters last month at Little River Days in Hopkinsville KY and that was a lot of fun. It was kind of cool when Richard Young asked us “How come y’all aren’t signed?” HOOK A BROTHER UP! LOL!
6. How about the worst gig?

I’m not sure about any “worst gig” moments with this particular band, but obviously some gigs are better than others. Having a provided crappy sound man can really affect things in a negative way. The audience doesn’t know it’s not us causing things to sound so bad! Low crowd attendance can affect our morale as well, but we try not to let that show. There was this one time a band member had surgery a few
days before a show and was on loratabs. He thought he would be okay having a couple shots of whiskey…that did not work well for him. lol!
7. Do you have any other hobbies other than playing guitar in the band?

Some people play golf, go boating, and play softball and various other things for their weekend hobbies. Me? I simply love playing music, so I get the same rush being on stage that a golfer gets when it’s a beautiful day on a nice course.
8. Who are your musical heroes, and influences & why?

I think it was 1972 or 1973, I had already been learning the guitar from my dad for three years prior and the song Smoke On The Water by Deep Purple hit the airwaves. I was totally blown away by that famous intro and knew right then and there what kind of music I was going to play. Although I am not a huge Richie Blackmore fan, he is directly responsible for guiding my playing in the direction it has taken. As a young teenage player I was deeply influenced by Ted Nugent, Gary Ritchrath of REO Speedwagon, Joe Perry of Aerosmith, Alex Lifeson of Rush, and Judas Priest. I sometimes play bits and pieces of Gary’s Guitar Solo whenever I do a solo, a tribute of sorts. Ironically, I now play in a country fried band! lol! If you listen to our music, you WILL hear those influences, country or not!

9. Do you have any advice for someone just getting started in playing? Any pitfalls they should avoid?

Play as often as you can with as many people you can. Do NOT get big headed! Playing is like fighting, no matter how big and bad you are, SOMEBODY out there can whip your ass! When starting a band, make sure the other members are guys or gals you like hanging out with regardless of their talent and abilities. You can learn from anybody. I’ve been playing for nearly 40 years and I can learn stuff from beginners.
Maybe I’ve been playing a song wrong for years but somebody taught them the right way. Music is NOT a competition! Be civil and respectful of other bands and musicians. Music is a fluid environment, so yeah, you might be in a kick ass band NOW…but things change. If you are an asshole to other musician, nobody will want to take you on when the time comes. If your cool with other bands they can also help
you get gigs and help you out in a pinch. 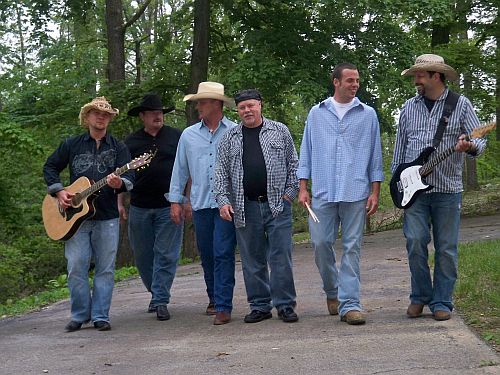 I just want to thank everyone past and present who have supported Copper Road and helped make us the band we are. Without friends and fans we might as well just be a garage band. Check our music out at www.myspace.com/copperroadband. Thanks Chuck for the opportunity to contribute to your magazine!