Another show at State Theatre

So my girlfriend and her sister asked if I wanted to go to State Theatre to see one of their favorite local band ‘Falling Awake”. So I grabbed my buddy and we went to embark on a potentially good night. My buddy and I have never heard this band before, and the clip we did hear of them was choppy and unclear so our views of this band had already formed. 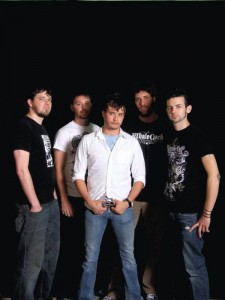 We get to State a little late and missed the first two bands. When we got there and the band “Next to Holiday” came on. I was very impressed by the band. They were in sync with each other and each had their own talents that they brought to the table. The only complaint that I would have with the band is they need that little tweak and they would be on the right track, other than that they did a great job performing. I really enjoyed their set and I would definitely see them again. 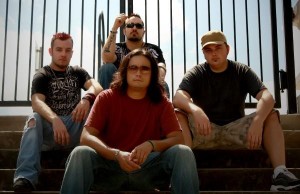 After the Next to Holiday set, the stage was being prepared for “Falling Awake”.  My girlfriend and her sister had talked about them a lot so I figured I’d keep an open mind and block out the memory of them performing on the clip me and my buddy saw. Now it was time, it was Falling Awakes turn. To my surprise they did very well. The drummer was amazing as were the guitarist and bassist. Falling Awakes singer had some pipes on him. You can always bet that I would never “blow smoke” up a bands ass, and I’ll tell it like it is. So here is what I thought about the Falling Awake set. Their sound is good, there is a lot of talent in that band, each could use just a little work, but in all honesty what local couldn’t use some work. In all I was surprised that I left with two new bands to see on a regular, doesn’t happen a lot.
If you’re in the Tampa Bay area, and need some new music to listen, check these guys out. I promise you that you won’t regret it. They will keep you entertained and cause you to have a good time. Well until the next show, have fun, rock out, and party hard.