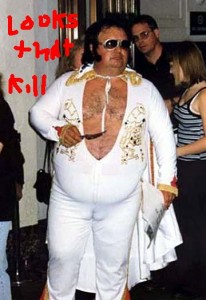 Neil writes, “I don’t think Nikki has changed much over the years. He still likes to portray himself as the Messiah. Everything is his. Everything is his idea. I’ll look at him and think, ‘Fuck! He just loves playing that persona.’ And my sentiment is: ‘I don’t really care one way or the other. If he wants to be that, fine.’ I do my job, and I fucking have fun. But in Nikki‘s world, he has to be known as the ‘thinker,’ or the ‘creator;’ He needs to be seen as Mr. All-Important. Nikki Sixx, tortured soul. Just like Tommy [Lee, MÖTLEY CRÜE drummer], he’s another one of those guys who just love the whole fame thing. He wouldn’t have been with the tattoo artist Kat Von D if she wasn’t famous. And [former ‘Baywatch’ actress] Donna D’Errico before her; she was a huge star at the time he married her. He just really likes to see his face in the paper. He likes the press buzz. He likes being that guy from the band with famous girlfriends.”

“I mean, you should read the e-mails [Nikki] sends about MÖTLEY,” Vince continues. “He goes, ‘I’ve crunched the numbers, and we should do this…’ And I’m like, ‘What? Is he my fucking accountant now? I mean, what the fuck?’ He makes these decisions for MÖTLEY CRÜE that I think are just stupid. I call him up and I’ll be like, ‘You’re the worst businessman in the fucking world. You’re a fucking idiot!’ And he’ll be like, ‘How can you say that?’ And I’ll be like, ‘Because you are a fucking idiot.’ Just because something looks good on paper with your name on it doesn’t mean it’s going to work.”