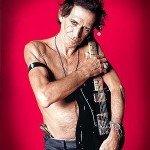 Ok, so I got this idea off of Metal Sludge. It’s a call out or is it a wakeup call for anyone and everyone playing that has reached a point like I have that I guess it wasn’t in the cards for me to be successful on a level that I would consider “successful” for the lack of better terms. I have played out since I was 12 years old with my first gig being to my old boy scout troop 99 way back in the day. Four simple songs back then and now I can play probably an easy thousand or more songs from the 50’s style to Modern songs and if I don’t know the song I will know it by the time I play through it once or twice or if it’s on “the fly” live I can read someone else’s guitar neck fast enough to stay in there with them and play a song like I have known it all my life….

So where are you at in your musical career? Did you “make it”? Are you still trying to “make it”? What is “making it” by the way? Do you play all the time and it supports you or, are you a weekend rock star with a real job during the week? Do you still dream of tour buses, big stages and playing before thousands of people or just a few bar flies and drunks? Is playing music for a living a young man’s game?

I know there are many professional bands out there making a good living and the musicians’ are over 40, over 50, over 60 and some even over 70. But they found success when they were younger so their career was already “in play” when they were younger and it continues to carry on. We have a couple of bands here locally that have members that are in their late 30’s and early 40’s and even though they have been trying to “make it” forever like me they are just now releasing their “sophomore” albums. How does that set with them? Are the odds stacked against them because of their age? And does it really matter?

I don’t think there are any set rules in today’s music but with American Idol having the age cut off at 29 and pop music being filled with Disney kids that aren’t even old enough to drive yet saturating the markets it has to make an older guy, that even though still has his chops wonder if it’s time to hang “the guns” up.

So what’s up guys and girls? When I was an arrogant young punk ass kid that had a guitar slung over my shoulder, I too thought if you didn’t make it by 30 you were washed up. Little did I know that the Producer that told me I would be famous in five years when I was 17 was dead wrong and I too would one day hit 30 without the fame and fortune and then hit 40 too…Hell I am five years from 50 and 15 years from 60. Did I waste my time? Is it over or has it just begun?

A fellow musician and good friend of mine recently turned 50. That’s not old by any means but he said when he turned 50 he was hanging it up. And well he did… According to him he has played his last show and he always put on a great show and was very entertaining and brought his “A” game to the table.

Another lifelong friend of mine that is a year older than me and he too like me and my friend in the above mentioned paragraph has played music all his life recently said he is through with it too and not playing anymore… He has reached his limit and I guess in his mind realized success on a large scale has eluded him too. I just can’t come to bear that yet for myself….

Now I am not talking about sitting around a campfire playing songs for friends. I am talking about playing out live in bars, lounges and stages…

What are your thoughts and opinions?

And enclosing, if you are a young kid musician like I was once too….try not to put your foot in your mouth like i did…And if you have a band and need a guitar player that can travel. Hit me up!