METALLICA drummer Lars Ulrich was interviewed for the summer 2011 issue of U.K.’s Classic Rock magazine. A couple of excerpts from the chat follow below.

Classic Rock: Is it fair to say “St. Anger” is your worst album?

Lars: I think it’s fair to say that some people think that.

Classic Rock: Would you agree with them?

Lars: I can’t. The way I view the world, I can’t rank them from best to worst. That kind of simplicity just doesn’t exist for me. If I was 14, I could probably do it. Now, the way I see the world is nothing but greys, mainly.

Classic Rock: The drum sound on that record was abysmal.

Lars: That was on purpose. It wasn’t like we put it out and somebody went, “Whoa! Whoops!” I view “St. Anger” as an isolated experiment. I’m the biggest METALLICA fan, you’ve got to remember that. Once again, as we’ve been known to do, once in a while these boundaries have to be fucked with. We’d already done “Ride The Lightning”, which I believe is a fine record. It didn’t need to be re-done.

Classic Rock: But even the good songs on “St. Anger” go on forever.

Lars: When we heard the record from beginning to end, I felt — and it was mostly me — that the experience was so pummeling, it became almost about hurting the listener, about challenging the listener, so we left the songs unedited. I can understand that people felt it was too long.

Classic Rock: Do you have anything in common with James Hetfield away from METALLICA?

Lars: That’s a good question. We’re both pretty passionate about movies and hockey. We both like fine food. We both put shoes on in the morning.

Classic Rock: What keeps the two of you together? You seem like the ultimate odd couple.

Lars: Because it’s really fun. When we’re playing, I really enjoy it. The main thing that we have in common other than METALLICA is that we both prioritize our families over METALLICA. And that’s a new thing. The fact that we’ve both had kids at the same time, of the same age, is probably directly responsible for the band still being together. If one of us was not on that keel, we probably couldn’t sustain the relationship.

Classic Rock: Do you think that some people might have the wrong idea about James?

Lars: Certainly. I have a couple of thoughts. He’s much sweeter and more vulnerable than people think he is. Most of that toughness, that he-man thing, that was just a façade for him to deal with his own insecurities. I always felt that he was a very gentle soul and a very loving guy. Me and him always had the best relationship when we were alone. The problem was as soon as there were other people in the room, we started fighting for pole position or playing each other against the other people in the room. It became weird. 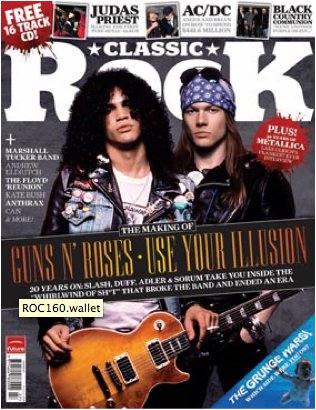