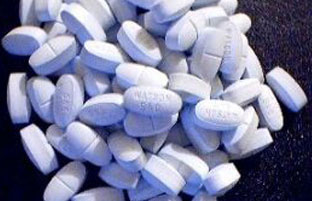 For the most part are strung out on Lortabs or Oxycontin, Adderall or some other “I can’t deal with real life” type of self medication? How can you tell your kids or I tell my kids  its all going to be ok when most of you yourself can’t even deal with life in general? Hell people I am not tooting my own horn but I am 46 and I won’t even  hardly take an aspirin but I see it over and over adults eating these drugs like they are coming out of a Pez Dispenser and on top of that you put your own kids on ADHD medicine because you don’t want to deal with an energetic kid… I was on Ritalin as kid. You know why? My Grandmother should have just busted my ass when I got out of line but instead it was pill time. I remember way back in 1979 in a mandatory class most of us in junior high had to take called “substance abuse” class. We watched a film about the future where if a baby is crying and the adult can’t take the stress take a pill. Bills piling up? Take a “happy” pill and everything gets better…

Well, here we are and it’s a reality far realer than any reality show on tv… Welcome to the Self medicating America. It’s rampant and it’s a sad. Who’s at fault? I don’t know but you will  have to ask yourself, that is  if you are one of the “most” adults that do it . Excuse my grammar in that last sentence but ask yourself “why” you do it. Is life that hard??? What are you telling your kids? That it’s ok to eat lortabs or whatever  like candy? If you had a bad day its ok to knock the edge off with four or five little pills? Is it ok to chase doctors’ and buy and sale prescriptions like produce or soft drinks?

Now I am not knocking those people, or folks as we say here in the Midwest that treat pain. real pain that is. Doctors’ prescribe pain medicine for pain so if you are taking your prescription and following the dosage I don’t think that is abuse but if you are buying or selling them or over taking them then you are part of the problem.

Do you really need examples. I have a few…

First example, a local place that sales used car parts. I won’t mention the parts or location but I was recently in there doing business buying a part for the truck. The young kid (early 20’s) that was assisting me said it was a shame about a certain family member of mine that is addicted to lortabs. He was going on about how it effected our family and it was really tragic. He couldn’t believe someone would be addicted to lortabs and how this person was so irresponsible. And then he added out of the blue. “I only take four or five a day” and that’s my limit. ………. Now here is a young kid eating these damn things like crazy, calling out an older adult family member of mine and he himself is doing the same thing…

Another example? Husband and wife both have prescriptions for lortabs for “back pain”. The both run out of their scrips before the end of the month and then they have to buy them from other people. Do they take the prescribed amount? Of course not, they mix it with beer and even though they are good people they stay fucked up all the time… To them it’s “normal life”.

Had enough? How about the person my wife and I know that took Vicodin to lose weight since it’s one of the side effects of taking it. It’s supposed to be a pain reliever…You want to lose weight? Walk more eat less. Rules I too should follow but I won’t take the Vicodin or anything else to lose weight.

I don’t walk on water or purpose that I am perfect but i am really tired of seeing kids coming up that are considered hyper because their parents don’t want to play with them or let them “be a kid” so they dope them up. I see my kids seeing adults that are supposed to be role models eating these pills like candy.

Is there any hope? I dunno… Some will say “Hope In Jesus”. Well, nothing wrong with that but I feel like we, as in America, are in deep trouble if we don’t do something about it… So what should we do? It’s an epidemic.. If you are one of the “many” that are pill poppers. Why and what should you tell you kids? That it’s ok? Not ok? What if you aren’t one of the multitude that pops pills or what ever to “escape life”. How can you say everything is ok when it’s not… Suggestions?