Recently James Lowe from Kickacts Magazine sat down with one of the very exciting artists on the scene. The following is a written interview we conducted with the artist while they were working on their next CD and Tour. First off I want to thank you for taking the time out of your busey schedule to talk to us here today, as i know our readers have been requesting us get you in here some how some way. You folks have been described by your fans as internet sensations in this interview we will attempt to figure out how this artist became such a great performer and what they have going forward.

Collette SplitVision: We’re SplitVision & GreatGrandpa a Duo from Sweden. We started off in June 2011 after I discovered that the Government had withheld information  about me having the wrong father.  It came like a chock and since I always used to write songs it was natural to me letting everything out in a song, our first song “Identity”.

The song just came to me when I was driving.  As soon as I came home I started playing and singing not wanting to loose the idea. Then I called GreatGrandpa and sang the song in the telephone for him. When I visited him the next time he had rearranged his livingroom into a studio with microphones. Then he turned on the stereo and played the back ground for me. I was overwhelmed and we started recording my song right away. Before I left I asked for Native Chant Choir in the solo parts. GreatGrandpa said it would be a problem to get access to those but the next time I came to his studio he surprised me with Native chants he had made himself and it was much better result than what I had in mind. 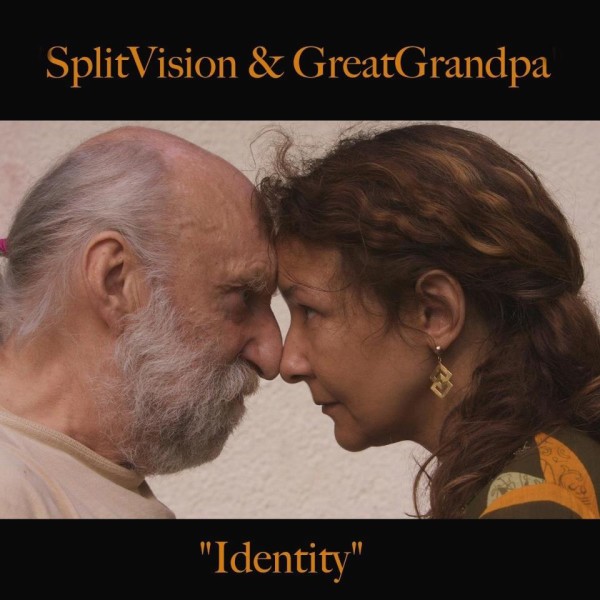 GreatGrandpa finished recording the song and asked if I had more songs. The Duo SplitVision & GreatGrandpa was born in june 2011.

We’re about everywhere on the webb. Our main site is for the time beeing on http://www.reverbnation.com/splitvisionandgreatgrandpa

Then you can find us on

and many other sites, digital shops – even for ringtones.

Collette SplitVision: We’re mostly influenced by The Great Spirit. We have so many influences and in this production we let the songs set the style. GreatGrandpa comes up with strange and funny ideas such as SambaReggae (¿Soy Cubana?) or a BluegrassCalypso (Hadrin Blues). It’s quite easy recording to his backgrounds since I feel they help me telling the story. The artists that attracts us has to be honest and natural.

We are both very moved by Billie Holliday.

Figure all this together is among our influences.

Collette SplitVision: To work with music – writing songs and perform you have to be honest. Don’t try to show off. You’re supposed to touch peoples hearth and the best way is to relax, don’t push the voice, be focused in the songs. You must belive in and mean what you sing.

When you record you have to be prepared for some long sessions so you have to be passionate about it. Never let anything just pass. Listen to your guts they’ll tell you. Try to reach 110% of your capacity and put your whole hearth and soul into it.

Collette SplitVision: Since I just started I hope the greatest gig is yet to come.

Collette SplitVision: Haven’t experienced that either and I hope I never will.

Collette SplitVision:  I used to have other interests. I was very much into photographing when I had that as a proffession. I really enjoyed making posters and ads, logos etc for some years as well. Today I put music on the front row more than ever and other interests are weaved into this. I don’t need other interests – you can experience all parts of life through music.

GreatGrandpa: I have dedicated all my life to music since I started 1951. I like to grow and photgraph flowers in my spare time.

Collette SplitVision: The music industry is definetely hurt. I know skilled, talented and experienced musicians who are playing pub gigs for less than 100 dollars/person.  No one seems to know how this should be solved. I believe that hardly anyone buys music on the internet. No one buys CD’s either unless there is some media about it. People seem to be streaming music on the internet – for free. I like that music is accessable to everyone on the internet but if musicians can’t sell their music there must be some other payments for artists and musicians. The only good thing about it is that more musicians are out playing pub gigs although it’s almost for free – hopefully they sell some CD’s.  It’s complicated.

Collette SplitVision: I allready revelied that GreatGrandpa is a flower  freak.  He also collect elephant figures.  I love to go out on boat trips with my plastic open boat. I need to be near the Islands and the Baltic Sea.

Collette SplitVision:  I’ve seen Gilligan’s when I lived in Canada a whole bunch of years ago. Don’t remember the caracters but I think we’ll take care of ourselves on that Island – All of them seems pretty freaked out, if I remember the story right.

SplitVision & GreatGrandpa: We want Peace Love & Happiness on this Earth! We all have to unite in Spirit and Fight the Fear!

We wish everyone a Healthy and Harmonic life! We really apreaceate you listening to our music. Thank’s