Roadies. Over worked and under paid. Every band needs them and relies on them. They break their backs so you don’t have to. You think Mick Jagger would still be kicking it on stage at 69 if he had to load in and load out all his gear?

They are the underdogs of the music business. The real hero’s of the show. They are like the Elves in the fable “The Elves and the Shoemaker”. They are there before the crowd is and there long after the band leaves. Jackson Browne sung about it in “The Load Out” song too.

If you are fortunate to have good friends that will help load in and load out it’s also a bonus. Such is my long time friend Murray. Neither one of us actually found huge success in what we love to do which is music but had a lot of fun trying to over the years. Murray both has roadied for me and we have sung together in a band. Here is his story. 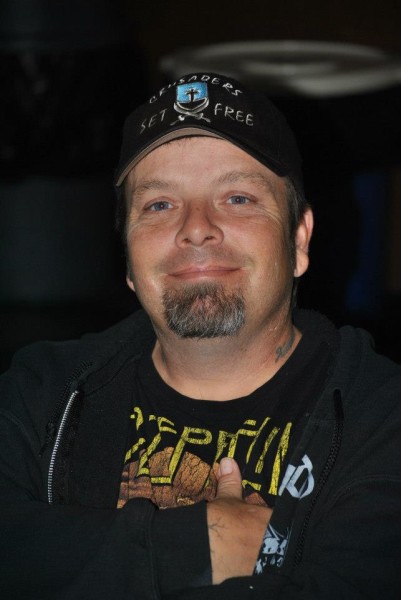 Hello Murray and welcome to Kickacts. We go back a long way, really way back to the old Ross Theater days when they played live bands in the early 80’s. Tell us a little bit about yourself and what you up to.

I guess you can say that I really like music 80’s hair bands the most you know Motley Crue, Poison, Ratt and so on. Not much just booking a few local bands like The Hollywood Gutter Ratts and getting older. I don’t do too much since I had a heart attack last August.

You enjoy being around music and helping bands. Give us an idea of the sort of things you do for bands.

I really do enjoy music and being around bands. The one thing that I enjoy doing for bands is getting them gig’s and running sound for them also, help them set up their gear.

What is your opinion (I know you have experienced this in the past). Where bands want their gear loaded in and set up and then loaded out but didn’t want to pay you. Care to address that?

It really suck’s when you bust your ass setting up their gear which sometimes takes awhile depending on how much shit they have then to tear it all down and load it all it to a van that’s too fuckn small and have to stuff it in. And then the dick head’s don’t wanna pay you for busting your ass helping them for nothing. It really pisses me off quick really fast. You feel like kicking them in the balls.

You also sing. Tell us a little bit about that.

Yeah I do sing a little. The first band that I ever sung for was The Yellow Short Bus Band with my best friend Chuck Gee the owner of this magazine and a dude named Derek. It was a lot of fun times. It was also awesome cause we played for free beer so we got wasted a lot. I really remember this one time me and Chuck and his wife Denise and my ole lady Trina went to one of the bars that we played a bunch of times everyone in the bar bought us like 40 beers and yes we got wasted. When we finally left old Chuck puked his guts out about 10 times I laughed my ass off at him. Sorry Chuck lol. 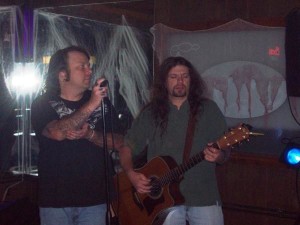 Tell us some high lights of your career whether singing or roadie.

Well a while back the Kentucky Headhunters played in Henderson and I got to help load their gear for them it was awesome. Heck they even afford me job going on the road with them as a roadie but couldn’t go because I was married and had kids at home so I didn’t. My singing career was awesome too just didn’t last but about 4 months.

You spent the whole day hanging with Faster Pussycat. Can you tell us about that?

Let’s see hanging with FPC. It was a great experience got to meet them all of course and we got to drive them to the mall here in Owensboro ky and I got to set in on their meet n greet which was killer. Then we drove them to get tattoos and go out to eat with them. Then I got to hang out in their tour bus for awhile and drink a little with them also. It was a lot of fun. 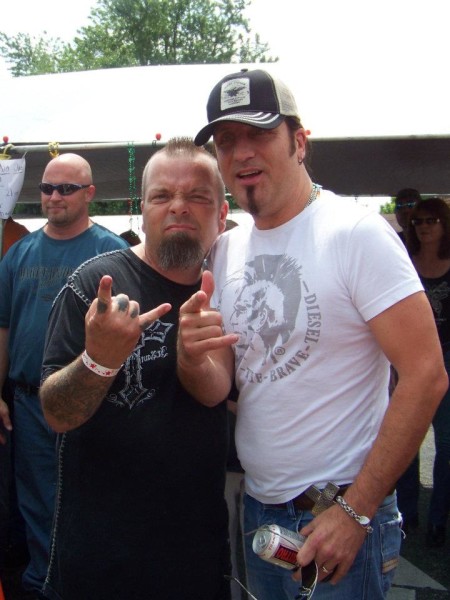 You also attend a biker church. Tell us about that.

I attend Soldiers For Christ motorcycle ministry here in Owensboro ky. They do a lot for this community with folks kids. Raise money for people that cant afford toys for their kids at Christmas time it really cool. 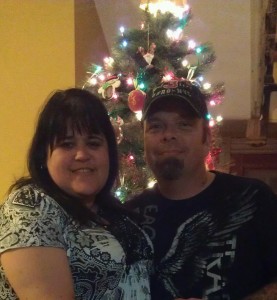 Murray and his wife Katrina

You know I am going there so here we go. Ross Theater, maybe 1982? A few too many beers in your mohawked young ass belly. And probably what, your first roadie experience. What happened?

What happened you got me super fucked up that’s bad you getting a 16yr old wasted just kidding. But yes I was way wasted on suds and I got really sick in Brad Hatfield parents car. That’s not the bad part his dad was a Pentecostal preacher lmao. 20 something yrs later you always bring it up.

This question is called “Shout it Out loud”. So go ahead Murray, and “Shout it out Loud”!

CHUCK GEE IS THE BADEST MOTHERFUCKER’N GUITAR PLAYER IN THE WORLD,AND A KILLER BESTFRIEND EVER!!!!!!!!!!!!

I few years ago I had an 80’s tribute band called “The Metal Masscarade Ball”
band.  Murray dressed up as an evil clown and came out of a huge toy box and passed out black roses to the crowd! It was cool as hell! Turn down your speakers its pretty loud and distorted but cool to watch! 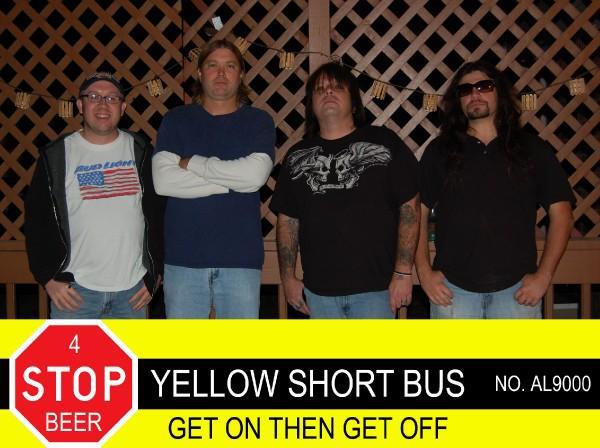