Thanx for the warm welcome babes! I’m Tamara Bubble. I’m from Brooklyn, New York  (Fort Greene to be exact).  I’m and entertainer, actress, songwriter and model. I write and perform Jazz, Pop, Hip Hop, R&B and Soul. My official website it http://TamaraBubble.com and that’s where you should start. 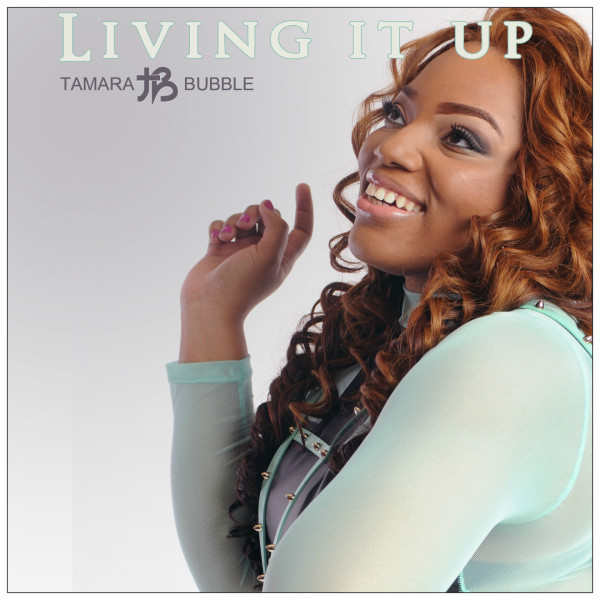 I have sooo many influences, mostly old school though. I listen to so many different genres of music.  Michael Jackson is the ultimate performer and POP KING! When it comes to Jazz, I love me some Ella Fitzgerald and Lena Horne.   I’m a rapper too and Biggie does it for me lyrically.  He’s the reason I take the lyrics so serious. He’s just a dope storyteller.  I love all those 90s R&B and Gospel groups. I love beautiful harmonies … SWV, Brownstone, Boyz II Men, Take 6, etc.  As far as powerful women that sing and rap, Lauryn Hill and Queen Latifah.

There’s no way to avoid the pitfalls. I’d love to be positive and lie and say it’s all peaches and cream lol but the truth of the matter is that if you’re just getting started be prepared to waste and music and find people who are not as hard working as you.  Don’t let it slow you down, just don’t be surprised when you see it first hand. The scams, the lies, it’s really like a soap opera lol

I did a show in Miami. The crowd was amazing. I always take their reactions home with me especially when it’s a new crowd. I look dead in their eyes and see pure enjoyment while hearing the songs for the first time. That is an amazing feeling.

Well I don’t know if this qualifies because the gig was great, but the trip there was the worst. My first show on the “Unleashed” promo tour was a doozy. Well, getting there anyway. I over packed because well I’m a girl and tend to bring everything I own for a one day trip.  Ended up having to dump everything to make room for the merchandise I was selling at the show (posters, t-shirts, CDs) and then had nerve to miss my flight GRRR! Ahem … I won’t name names LOL.  Next, I got hustled by the flight agent and paid extra for this unguaranteed standby flight and also had issues renting the pre-reserved, NONREFUNDABLE, rental car!! Unfortunately I don’t walk around with copies of utility bills in my back pocket GRRRR!!  Now, over 4 hours late (and been growling all day), I no longer have time to stop by the hotel, check in, shower and change.  AIRPORT bathroom is the new Marriott! Then, this freaking taxi guy (not knowing that we’re already 4 hours late), takes the scenic route from the airport (plays the GPS game) to run up the meter GRRRRRR! When I get there though, my attitude changed and all things were Bubbly! People waiting to see the “Bubble On Deck” was such an amazing feeling! Atlanta showed so much love ^_^.

The moral of that story is don’t miss your flight lol no I just learned that no matter what’s going on in your day, when you have a show, your job as an artist is to entertain!

I like to entertain in general. Acting and dancing are at the top of the list. I’m no comedian but I do make people laugh a lot. It’s healthy.  I love games, board games, card games, rollercoasters, I even make up games lol

The current music scene is a bit super saturated. Everybody’s an artist. There’s hardly any fans of the art.  It’s fine if that’s really your passion, otherwise you’re just creating a bunch of meaningless crap that listeners have to sort through to find me lol thanx a lot.

I want to give a special shout to my manager Patrick at Pspell Management, my label Blue Pie Productions/ DJ Central / Sony and my fans for making it all worthwhile. Stick with me and stay tuned.