Welcome to Kick Acts. Tell us a little about yourself and your band and were you can be found at on the web. We are 3PM, a punk rock band out of Baltimore, Maryland. Our music shows our passion for the art with the meaningful lyrics, the catchy tunes, and the energy that can get anybody involved. We can be found at www.facebook.com/3PMsounds, on spotify and pandora. 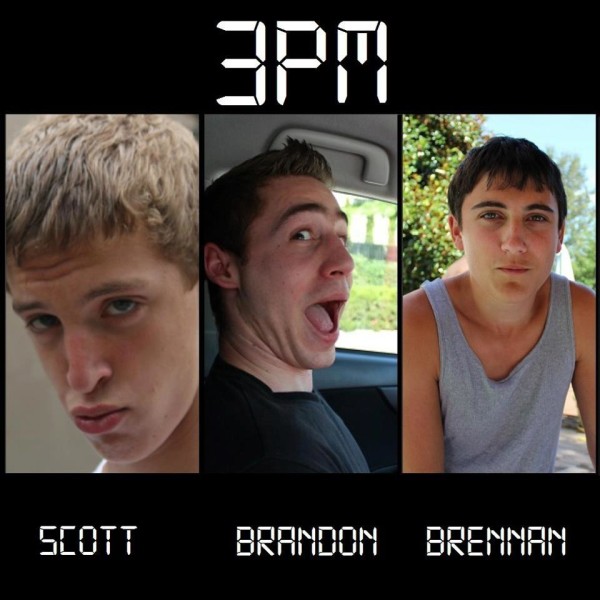 Who are your musical heroes, influences & why? Our main influence is Blink-182, but we also draw inspiration from other punk rock bands such as Green Day, New Found Glory, and Yellowcard. We envy their ability to have endless amounts of fun on stage and on tours even while playing the same songs over and over again.

Do you have any advice for someone just getting started in playing music? Any pitfalls they should avoid? One thing you have to do, is never stop trying, but also stay grounded. We promise that you will be accepted for many opportunities, while turned down for many more. This happens to every starting band, so never give up and keep on going. However, if you get a couple shows and rack up some fans don’t think that you’re the biggest band in the world. Don’t let that get over your head and get a big ego.

Do you have a greatest gig story you’d like to share? We played our record release show for our album “Change of Plans” at the Recher Theater. It was an amazing show with five great bands on the lineup and over five hundred fans in attendance. After our last song, we heard cheering and all of a sudden the word “encore” came from a few fans and that spread rapidly. Our drummer sat back down, we put on our guitars, and then the sound guy shut everything off…The mics were off and there was nothing he could do. It was the best show we ever played with an ending that wasn’t quite as amazing.

On the same token as the above question. How about a “worse gig” ever story. One time we played a show at a show in which we were expected to sell twenty tickets. We were put on the show at the very last second and didn’t have time to sell tickets. We ended up bringing a whole FOUR people to the show, and almost had to take our stuff and drive home. The lady running the show probably will never ask us to play again. :/

Do you have any other hobbies other than playing music? Collect stamps? Collect hats from off the side of the road? Draw pictures of boobs? We can often be found in the gym, we like playing Pokemon, and eating dinner at Buffalo Wild Wings.

What do you think about the present music scene or lack of? Care to address that? The music that is mainstream is just…not what we would prefer. Not to bash other genres, but we don’t enjoy listening to the same auto-tuned, computerized, rapped songs.

Tell us something about each of your band members that we wouldn’t expect to hear… Like their hobbies or something like that… Our guitarist played the clarinet in middle school, our singer is obsessed with snap chat, and our drummer is the biggest nerd ever when it comes to video games.

Sell your beats online at ReverbNation.com

Hypothetical situation. You’re stranded on Gilligan’s island and you get to hook up with only one of the girls… Is it Ginger, Mary Ann or Mrs. Howell and why? Ginger, because red hair is attractive

Our last question is called “Shout It Out Loud”. It’s were you get to talk about whatever you want to talk about. So go ahead and “SHOUT IT OUT LOUD”! Kingdom Hearts 3 is coming out for the PS4 =D