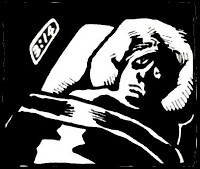 What do they have in common? I wish I knew. I don’t even watch Fear Factor anymore. But last night for some reason, and I have no idea why, my brain wondered over into the “Fear Factor” lane for most of the night.

I have seen a few of the older shows. Basically it’s a show that pushes contestants to compete against one another in physical, mental and extreme challenges. Whether it is being suspended off a tall building or the “gross facture” most of us have, such as eating old rotten bull testicles or raw sheep eyes. The one I remember hearing about was daring two girls to drink a large glass of donkey semen…It’s the “Fear Factor”…Skip to the 8 minute mark to watch the deed)

http://www.youtube.com/watch?v=KIn38ThUckk
Last night as I stared at the ceiling in the dark… I thought about some stunts that the show hasn’t used yet and I wondered …first off, why do I care? And secondly, why am I even thinking about it??? And thirdly, why can’t I stop thinking about it!! It was like a song was stuck in my head…Over and over and over I mulled this ……wait for it…….“over”.

So, what demented stunts did I conjure up you may ask? Just a few…Here is the first one. Fear Factor has strapped contestants to the front of tractor trailers before so why not strap someone to the bow of a ship? You know, right where the water line is just above their nose? Of course they would have to have a breathing apparatus to make sure they don’t drown but can you imagine being that far under water on a boat that is cutting waves?   All that bouncing up and down? You would be under water, above water and back under again over and over…I think that would be a great stunt.

Another one I came up with. Open water. At night.  Alone. Take them out in the ocean with only a small floatation device. Provide them something only big enough for them to cling to but not be able to get up on and leave them over night.  With the jellyfish and other fish investigating them, I think that would also be a good stunt to attempt…

I have saved the best for last…

Take the contestant into a deep underground cave…Sit them on the floor and leave them. And take all sources of light with you so they will be in total darkness… Say for overnight… Not so bad is it? But here’s the catch. Play demonic noises all night. Sounds such as people wailing, ghosts talking…Werewolf sounds…and occasionally sneak up on them and grab them…Of course you would need night vision goggles but I think being in total darkness and having all that go on would be the tough one to overcome..What do you think?

Hopefully tonight I will get some sleep…can I get an Amen???