It’s been all over the net since The Red Hot Chili Peppers took the stage for one song during the Super Bowl Halftime Pepsi show. Clearly one could tell  TRHCP instruments weren’t plugged in. 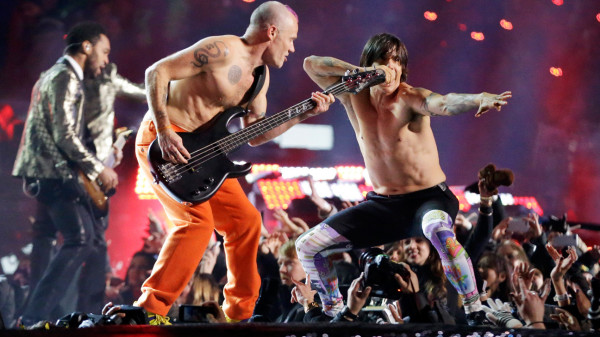 So they sort of took a beating for not standing up to “the MAN” and insisting they play a song “live” they wrote 20 something years ago… Some called them sell outs and others called them posers… But in that world of being seen by millions of people at one time what would you do? Argue your point about being “true” to the music or sucking it up and having as much fun as you can with it? I think  TRHCP guys did the right thing. They got their music once again out there in the modern world and not just on classic rock stations. Here is Flea’s tweet. I think it is open and honest and should stop all the “hating”. And obviously they poked “the MAN” in the eye anyway because you can’t fool the fans and they knew it but got away with it and hide it from “the MAN”. Hats off but not the socks to the guys in TRHCP.

No trickery. No choice, but no trickery