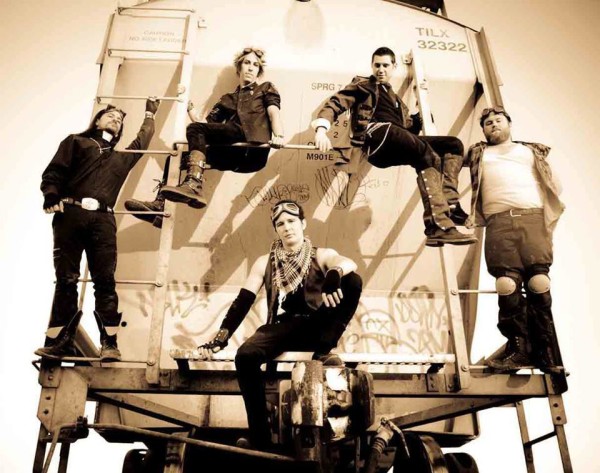 Well we got together one day, we put our right hand in, we put our right hand out, we put our right hand in once again and shook it all about. We did the hokey pokey, turned ourselves around and BAM there it was the spell worked! We’ve played with Rufio, Eve 6, Reel Big Fish, Unwritten Law, Dan Arnold of Strung Out, Warped Tour 2013 to name a few, and hopefully a few more to come soon! It’s amazing getting to play with bands we grew up listening to and going to THEIR shows! You can find us NEARLY ANYWHERE!!! we’re on iTunes, Pandora, Facebook, and about 150+ other social networks we (and you probably) didn’t even know existed! lol no but really, we found an article for bands a while back and how to get your name out there and it had a part that said to get a profile on a list of websites… So we did every one naturally. Our main source is www.thestillwinter.com to keep it simple though, it’s got links to our main social networks as well and up to date news etc.

Again we all have so many influences, it’s hard to know where to begin. My Chemical Romance, The Offspring, Greenday, Lady Gaga, Paramore, Panic at the Disco, Muse are just the tippy top of the iceberg if that. The list could go on forever if you let us!

It’s not what you think. It’s a LOT of work. Aside from whether you or your friends think your good or you suck its a LOT of work. It never ends and you only find out more and more ways to try to build your audience and get on shows. Also, don’t turn down shows for petty reasons, you don’t like a promoter, a band or a venue, IT”S STILL A SHOW!

Honestly every show is our greatest gig. There’s always new fans, new bands, a wonderful night and playing in this band we have had the wonderful experience of playing with bands we used to listen too and even go to their shows in high school, it’s amazing getting to experience sharing the stage with some of those bands we grew up with. Secondly we love hearing from other people, whether it be a message or comment on a social network or in person after a show when someone says that they loved the music and they felt they could relate to the song or the music helped them in some way like through a hard time or anything like that. That is always the best compliment you can hear, that your music and what you do has actually touched someone in some way, it’s amazing.

Won’t mention any names but a certain I booked us a certain venue with a promoter and he told me it was back lined and show up at 5:30 and doors open at 7 and we were scheduled for 9:30. It was presale tickets as well so we had I think 50 to sell which he couldn’t meet with me to get them till literally 8 days before the event… Anyways so the day before he calls asking if they were sold, I said yes and asked again if it was back lined, he responded yes. I then asked again if all we needed was our guitars and amp heads along with cymbals, he assured again yes its all back lined. We show up at the venue which is an hour away and immediately he just starts asking for money and we weren’t even all there yet. We ask what’s going on when can we go in and he didn’t know. about 6:30 we give him the money after he came back out and he asked us where our gear was so we could start stacking it and insisted he didn’t say it was back lined and then continued to argue that back lined meant you brought your own gear. So we had to borrow gear from I think 3 other bands which was amazing and very gracious. and then we got moved to 7:45. most of our fans didn’t end up making it due to getting off of work too late but we still had a nice crowd and they enjoyed us but the set up of everything was absurd.

Richie can build just about anything, and does home security and custom home theaters. he’s like Kelly’s personal imagineer, Case in point our sample rig. I build a cabinet to hold our samples and his wireless mic and in ear monitor, used duck tape instead of paint per request, used studs, wood lettering and gears/cogs for decor. It has 3 shelves, a door, and a removable faceplate for the top shelve accompanied by the castor wheels of a revolving computer chair that is in fact height adjustable… Kelly enjoys a nice MMO on his days off, or a hike in the woods. He also enjoys lying on the floor of the bathroom for up to 14hrs with the shows on the whole time because it sounds like rain. (ok that was one time for that long but he really does lie on the floor by the shower for that reason, just not always THAT long) Cam rebuilds and customizes his own guitars, Dean.. well we’re not sure he’s real. Dave enjoys taking on every band he hears of as a side project, legend has it, not even he knows how many bands he’s really in. o.0 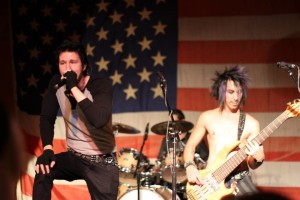 The music scene has changes SO much, I mean back in 2005 Richie went to nearly 200 shows a year between local bands and national acts. (still has the bracelets/tickets in a box) there used to be a lot more venues too and even some of the ones that are still around have gown way down hill, hell there used to even be more festivals for that matter around our area but the festivals have gone and so have a lot of the venues. Neither, I feel are what they used to be for whatever reason.

I want to blow things up with my mind. Wait a second… Is this a test!?

Finally a legit question! Richie would take Ginger and Mary Ann, because Ginger is like the original Paris Hilton minus the bad attributes and Marry Ann is like the girl next door let loose. Kelly would take Mrs. Howell because she’s aged to perfection and has the experience to back it and the rest of the band would hook up with each other because the three girls are now spoken for and we don’t share well.

Be careful around Richie. He bites, but it’s cuz he cares. Don’t forget to check us out www.thestillwinter.com find us on your favorite social network and harass us how you please! 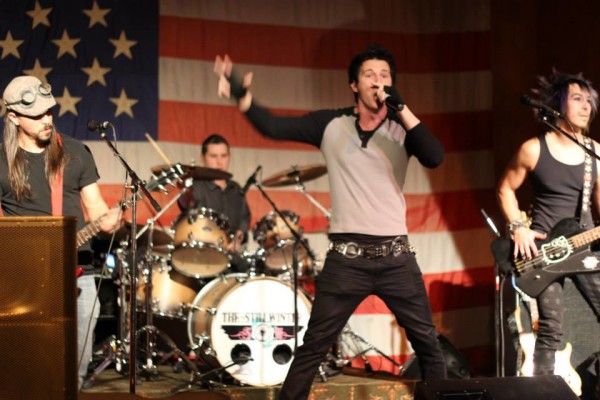