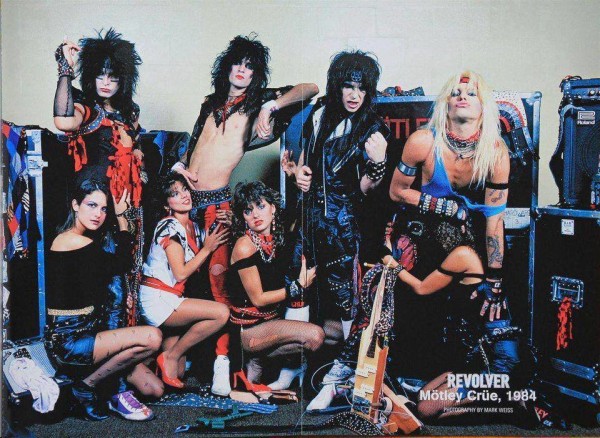 Well, for shitties and kitties let’s pretend you are 16 years old and you just got paid from your first job as the fry guy at the local hamburger restaurant…The new Motley Crue album just dropped on Tuesday and you got to have it. “JUST GOT TO HAVE IT!” You are spending your hard earned bucks on something,so it might as well be that Motley album. You cash your check and take your fry guy grease pimpled face down to the local record store and pick up it. Your hooked! You become a Motley Crue fan for life. You buy every album/cassette or disk that comes out. You attend concerts. You buy swag. You stick up for them even when the album you just  bought might not have been their best work. Still you “Crue” on. Right? RIGHT. When you’re out with a hot date you throw in “Home Sweet Home” on the car stereo to get her legs to uncross…you grow up with the Crue. They grow old with you. You and the Crue experience life together. It’s a deal right? A brotherhood. Live fast die young? Well, not really…

It seems country music star Justin Moore is redoing Motley Crue’s “Home Sweet Home ” song and will have Motley Crue in the video. However, if you were around 16 at the time and  purchased any of the following Motley Crue’s Albums when they were released with your own hard earned work money  you are not welcome to the video shoot in Nashville. The video shoot has an age limit of 21 to 35…

Now how freaking wrong is that? I get it that they want some young hip people in the video. But I would almost dare say that most 20 to 30 something year old people have neither (A)  purchased a Motley Crue album” (B) couldn’t name no more than 2 Motley Crue songs without having to pause and think about it” (C)  attended or will attend a Motley Crue concert or name anyone in the band…or (D) know that everyone in the band is in their 50’s and 60’s…

Doesn’t Nashville realize that with those age limits the Band Motley Crue couldn’t be in their own video if held to those standards?

I am not disappointed but Nashville and Hollywood are going to have to break down the age barrier and let people be people…All ages. Not just the glamorous clueless youth. Maybe everyone that is a Crue fan over 35 should storm the video shoot???

Here is the cattle call for those that are in the age bracket and are interested.

Justin Moore and Mötley Crüe invite you to be their guests and participate in the filming of their upcoming music video shoot for “Home Sweet Home” on Tuesday May 13th in the Nashville area.

-be between the ages of 21- 35
-available to stay at the venue from 4-8 PM
-bring a photo ID and sign a talent release
-submit a current photo
– no compensation but we’ll have a great time!
-and be among the first 200 people to respond: tennesseecasting@gmail.com