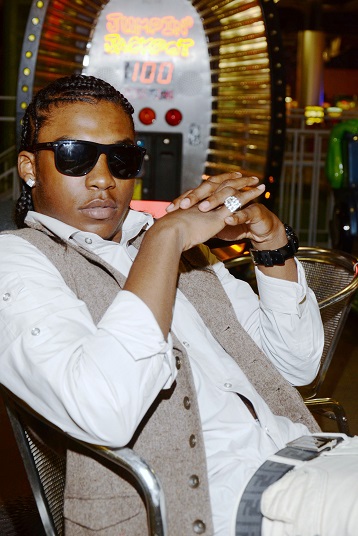 Welcome to Kick Acts. Tell us a little about yourself and were you can be found online.
My name is Jimmell Clarke i am a Hip-Hop artist and i go by the artist
name Young Lye  i am 18 years old, i was born and raised in the South Bronx
New York City right where rap / Hip-Hop started from. I started rapping
when i was 3 years old, i been in the business of music for 13 years now.
You can fine me online at www.young-lye.com, twitter.com/@younglye,
Facebook.com/younglye, Facebook.com/younglyemusic, and
youtube.com/lillion1111.
Who are your musical heroes and influences? Why?
My musical influences are Biggie Smalls, 2Pac, Jay z, P Diddy because
they have such an impact on the Hip Hop industry.
Do you have any advice for someone just getting started in the music business?
My advice is always follow your dreams, its not an easy road to travel,
but if you work very hard at your craft you will make it in this business
of music.
What piece of advice did you ignore that you wish you hadn’t?
My bro and r&b hit singer Pleasure P once told me I should always get my music mixed and mastered before I let any one listen to it. I would have
saved a lot of time and money if I had made 1 great song got it mixed well
and mastered, than to make 10 songs and none is radio playable.
Do you have a greatest gig story or worst gig horror story you would like to
share?
The first time I performed a the Famous Apollo Theater in Harlem N.Y.C.
when I was 9 years old, as I was entering the stage the host told me to rub
my hands on the log on the stage before i performed, as I touched the log a
strange good feelings over whelmed my whole body and from that day, I just
love being on stage performing.
Do you have any other hobbies other than playing music? Collect stamps?
Collect hats from off the side of the road? Draw pictures of peckers or
boobs?  Make sock puppets? Sit in the dark and eat Cheetos?
I like playing football, basketball, and video games a lot.

What do you think about the current music scene or lack of? Care to address
that?
I really thinks music forever lives, and it changes with time like every
thing else you just have to adjust to it.

Do you think reality shows like American Idol, X factor and The Voice have
helped or hurt the music industry as a whole?
I think those reality shows helps a lot of great artist to get
recognition that other wise wouldn’t get what they deserved.

What is your opinion of unauthorized music downloads?
It as its good and it as its bad, its good for new up-coming artist that
don’t have a strong fan base as yet, because it makes their music gets
heard that other wise wouldn’t get heard. But its bad for established
artist that already have a strong fan base, because these artists lose
money when people download their tracks for free.

Tell us something about each of your band members that we wouldn’t expect
to hear.
Well when I was 4 months in my mom belly, my dad got rod and shot and
now he as to be living with the help of a wheel chair, and from I was small
I love to push him around and he would let me ride on it in his lap it was
fun.

Hypothetical situation. You’re on Gilligan’s island and you get to hook up
with only one of the survivors’ Which one and why?
11)I would like to hook up with ginger she was always the sexy looking one.

Do you know what a vinyl album is and have your ever purchased one? If so,
what was it?
Yes i do know them, I went with my mom to buy a vinyl album before it
was a Thriller album by Michael Jackson.

You’re marooned on an island with Justin Bieber. Do you choke him out the
first night in his sleep or what?
I would work with him to try to survive.

What is your opinion of Miley Cyrus?
She’s very cool, I like her image. 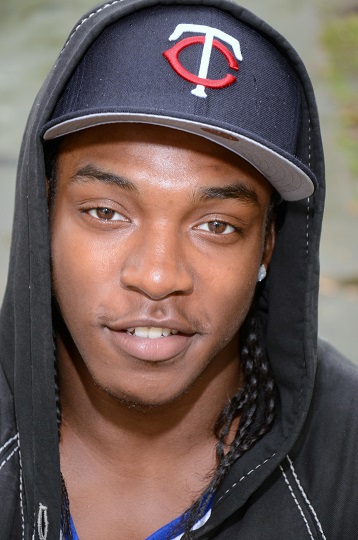 I would rather hear real vocal, Slick Rick once told my dad that on Soul
Train they use to lip-synching, i bet y’all reader didn’t know that.

One artist you can’t get enough of and can’t live without is?
Rihanna and Beyonce’.

Confession time. Share a secret about yourself.
I smoke loud at times.

Favorite movie of all time and why.
Its got to be ”Set It Off” for me.

Our last question is called “Shout It Out Loud”. Its were you get to talk
about whatever you want to talk about. So go ahead and “SHOUT IT OUT LOUD”!
I think music is the healing of the nations, and i want to thank God for
giving me some of His Great talent.

ps. Thanks very much for having me.