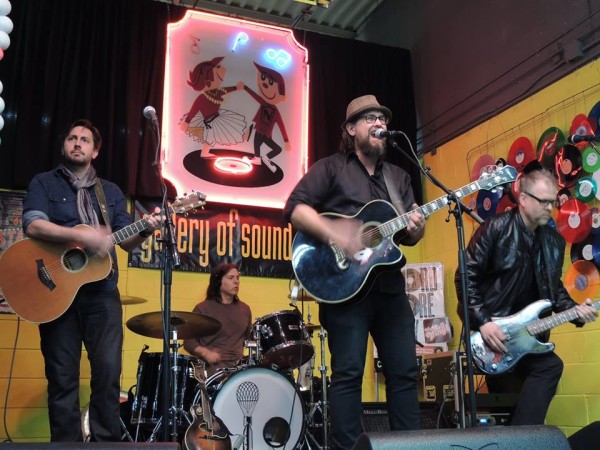 Having recently stepped down after twenty odd years as The Badlees, one would think Bret Alexander and Paul Smith would take some time off from making new music. One would be wrong. Since 1990, they have been the driving force behind thirteen Badlees records, one solo release and a CD with The Cellarbirds. Never ones to rely on their past, the duo have been busy putting together their latest band, Gentleman East. Comprised of Alexander and Smith, violinist Nyke Van Wyk, drummer Ron Simasek and former Breaking Benjamin guitarist Aaron Fink, the band is ready to step into the limelight.

“I am very proud of the work we did with The Badlees over the years. There was lots of great music and memories,” says Alexander. “But I’m really looking forward to an extremely prolific period coming up, both in the studio and on stage. I’ve already started putting new music together, it’s going to be great.”

Longtime band mate Paul Smith chimes, “I’m excited to start working on new music with a new focus. I’ve been a fan of Bret’s writing for years, and after having been on both sides of the glass, I can tell you it’s a thrill to continue the creative process. After 23 years with The Badlees I feel fulfilled, however it’s time to move onto new things. This change for me, feels right.”

Sharing Smith’s enthusiasm, guitarist Aaron Fink adds “Just got the call from my long time friend Bret Alexander to fire up my amplifier and start working on writing some brand new future classics. Can’t wait to re-unite with the boys and make some noise! Stay tuned folks…”

The band is currently writing and rehearsing new material for an upcoming release. Look for tour dates in the very near future.

Find Gentleman East on the web at: