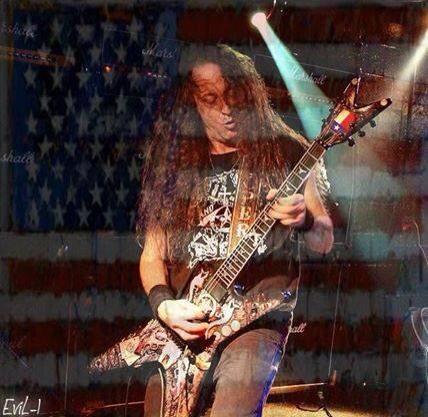 Welcome to Kick Acts. Tell us a little about yourself and were you can
be found online.

I’m Born and Raised in Dumas Texas, Moved to Denison Texas at 16. Founded
and started the band Texas Hippie Coalition in 2003-2012. Now in the band
EMPERORS AND ELEPHANTS out of Chicago. Signed to Pavement records. Touring
our brand new record released January 21st, 2014. DEVIL IN THE LAKE. I’m
living in Pittsburgh PA.

Eddie Van Halen, Randy Rhoads, DIMEBAG, and Zakk Wylde. I play guitar
because of these guys and learned how to play from them. I’ve had the GREAT
Honor of Opening shows for PANTERA and BLACK LABEL SOCIETY. I’m a Texas guy
so I met DIME and PANTERA at 17 and soon after that was opening many shows
for PANTERA in the North Texas area.

Do you have any advice for someone just getting started in the music
business?

Learn all you can by watching and listening to other people. Don’t let
ANYONE tell you You can’t do it, because YOU CAN!!! Don’t fry your brain on
Drugs and Alcohol cause you’re gonna need it. DON’T EVER GIVE UP OR QUIT!!!

I could have taken band in school as a kid but I chose to take sports.
You couldn’t do both, but I loved sports 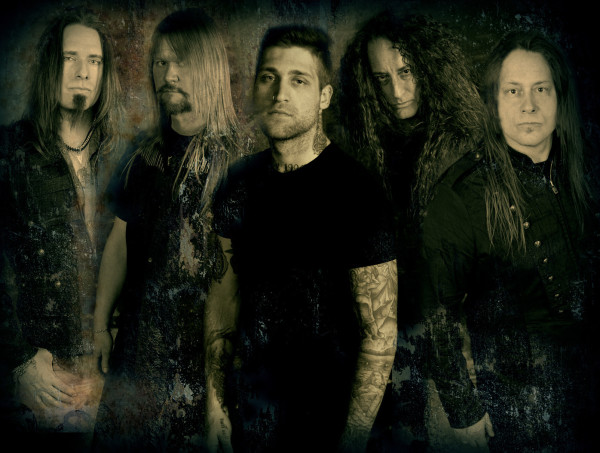 Playing on the Jerry Springer show and playing the Brazilian National
Anthem in San Paolo Brazil in front of 1000,000 people

Do you have any other hobbies other than playing music? Collect stamps?
Collect hats from off the side of the road? Draw pictures of peckers or
boobs?  Make sock puppets? Sit in the dark and eat Cheetos?

I enjoy family time with my kids and girlfriend, fishing, boating,
camping, I’m so outdoors I hate being stuck in the house during winter. I
love spring and summer, Lakes and Water.

What do you think about the current music scene or lack of? Care to
address that?

I miss music like the 80s. Every band was Killer and exciting to see
Live. I’m glad I learned to play from the guitar players of the 80s. they
were the BEST.

Do you think reality shows like American Idol, X factor and The Voice
have helped or hurt the music industry as a whole?

It gave people a chance to be heard that the world might have never had a
chance to hear.

It’s Killing our record sells and downloads, and making it real hard for
bands to survive.

Tell us something about each of your band members that we wouldn’t expect
to hear.

Ron Stoppable can build anything with his hands.  Jeff Windish is super
smart, and a recording engineer that did a big part of our DEVIL IN THE
LAKE CD. Jason Meudt does all our merch and dog tags. works for Dean
Guitars and does all their filming, is a photographer and did all the art
work and Videos for our record. Jesse is always coming up with new topic
and songs and lyrics and plays guitar too. I’m surrounded by BADASSES!

Hypothetical situation. You’re on Gilligan’s island and you get to hook up
with only one of the survivors… Which one and why?

Mary Ann she would be a good partner and Help Mate. Someone to work
together with.

Do you know what a vinyl album is and have your ever purchased one? If so,
what was it?

All the KISS records on vinyl.

You’re marooned on an island with Justin Bieber. Do you choke him out the
first night in his sleep or what?

Try work together and we will see how it goes.

She has a beautiful gift. I hope she gets through the phase she is
going through.

I’m Hoping and Praying that We are!

Zakk Wylde, BLS,   He is a Like a professional athlete on a football team. A machine.
The KING of what a GUITAR HERO should be.

Broke my neck in a car wreck in 1991. paralyzed from the neck down. Rode
in a wheel chair for almost 2 years, learned how to walk and take care of
myself and retrained myself to play guitar again.  I have no feeling in my
HANDS.

ROCK STAR movie, cause that’s all I ever wanted to be.

Our last question is called “Shout It Out Loud”. It’s where you get to
talk about whatever you want to talk about. So go ahead and “SHOUT IT OUT
LOUD”!