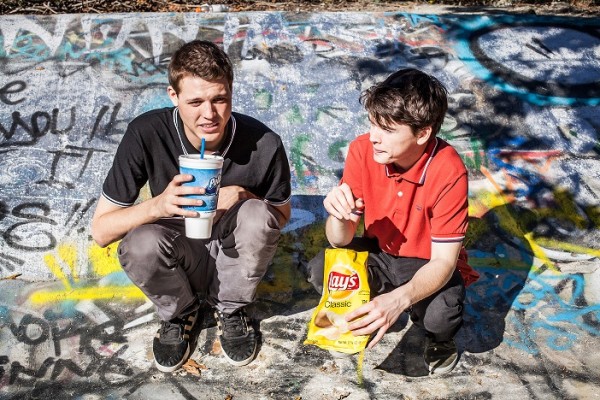 We are two friends who grew up together sharing the same life goals. Ostrich Run was formed so that we can use our musical obsession to promote and support nonprofit organizations through our own organization called, The Ostrich Farm. OstrichRun.com is a place where you can discover more about our music. Also, you can see how we connect The Ostrich Farm with the band at theostrichfarm.org.

Mark and Tom from Blink 182 were our main influences growing up. Watching them have so much fun playing music was the reason we bought guitars in the first place. In elementary school we formed our first punk rock band so that we could be just like our heroes from Blink 182. Today, what influences us are bands who seem to make something simple seem intricate and meaningful. Mark Foster from Foster the People is a great example. The guys from Cage the Elephant are other musicians that get our creativity going. Phantogram is quickly becoming an influence of ours. The truth is it’s hard to narrow it down to only a few. We love so much music and try to take a little bit from everything.

Always have a vision for where you want your career to go. Stick with that vision until the end, and be sure to know exactly who you are before anything else. That way the people you meet along the way – whether it be managers, agents, publicists, or even labels – will be able to back you up 100% and not have to steer you in a direction you do not want to go. Believe in yourself and “NO” only means try harder.

There’s not necessarily a distinct piece of advice that we’ve ignored, but just more of a state of mind people all ways tend to tell us. “Patience is a virtue.” These days with all the new innovation, instant gratification is a huge part of our culture. But when it comes to music you need patience. And from time to time we forget this, so striving to have this virtue is definitely a big thing for us in Ostrich Run.

One of our worst gig stories was when our buddy asked us to play an event with about 5 or so bands. We said yes and at the time we only could play acoustic because of drummer issues. We got the show and were first to go on. After playing we thought everything went ok. Then the next 5 bands came on. They were all hardcore screamo bands wearing make up and jester outfits. We both kind of looked at each other and just thought “What are we doing here?” but we had some beers, and ended up having a good time and eventually didn’t feel out of place.

Well three of our favorite hobbies our counting things, screaming at things, and collecting brown rocks…? But in all seriousness we both play basketball outside of our music and act a lot. We’re also making a short pilot called, Frenly Kids. It’s about some kids who win the lottery only to spend all their winnings too fast, and have to adapt back to the reality of a normal life.

We think there’s a big lack of real rock. I mean everything is so 80’s right now. Everything that’s getting played is all electronic, and full of pop, not to say that’s bad, but when you flip on a rock station like KROQ and hear Lorde… c’mon!!! We love Lorde, but hate that music like that is taking up AirPlay on stations that claim to be about rock. We hope things start to climb back to the 90’s and early 2000’s feel. That would be awesome!

As a whole, there are good and bad things that come with these shows. On one hand, the industry is making money and getting more listeners etc. But on the other hand, the artists are hurting. It’s making more artists come and go too quickly. These shows make the industry quick money, but hinder the artists from on going success. So if we have to say one thing about these shows, it’s the fact that they help the industry but are a disadvantage to artists as a whole.

We definitely think it sucks, but people inevitably want things for free, and they’ll do what they have to do to get things for free. So on the bright side at least they like the music. In the end, if you like a band enough to want their music, we feel you should download their music legally and support them. Mainly because the money you spend allows them to keep on doing what they do and put out music you love. 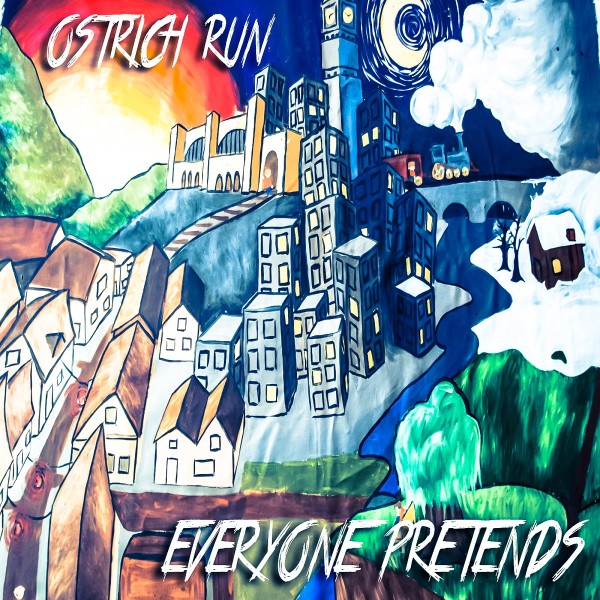 Ummm this one is a tough one. I mean something that people probably don’t know or expect to hear is that although we connect our music with helping people and charities, we tended to be little troublemakers as kids. You go down the list… we ended up getting in trouble for it. But it’s not without trouble that gets you where you are today.

Oh this ones easy. Gilligan of course. I mean c’mon have you seen the man? But for real, Mary Ann no question. Any body whose says otherwise is crazy.

Definitely! If you don’t know what a vinyl album is and are in the music business or industry, then there’s something wrong. Still, we tend to buy our stuff digitally, but when we go to the stores we buy the coolest looking thing we see. Mark’s first vinyl he bought was Lionel Ritchie and Joel’s was an Angel’s and Airwaves’ first album after Blink 182 broke up.

No we keep him alive, become his friend… only to be saved and use his friendship to get to Selena Gomez. Then we never talk to the little shit again.

“What the hell happened?” sums it up. She was this Disney girl and little pop star. Now she’s the new Lindsey Lohan haha but ya she’s awesome for doing what she wants and going for it! Love the hair too.

Real vocals without a question. Nobody wants to pay money to go see a band or an artist and see them run around while their cd is playing. We want to see you actually preform the music you wrote and show your emotions. Hopefully everyone feels the same as well!

Were hoping 90’s, and 2000’s style music is the next big thing. They say music repeats itself, and right now, we’re in the 80’s per say, which means 90’s are up again baby. And we hope Ostrich Run and Ostrich Farm are going to be a big part of it.

Blink 182, and I honestly don’t know why. I think we’ve listened to all of their songs like 50 times, and we’ll still put them on first when driving in the car. Their simplicity and up beat songs really get to us, and help us write. Not to mention that they are all about having fun, and that’s kind of our band motto as well.

Our favorite movie by far is “Dumb and Dumber”… by far. That movie is so funny. We swear we quote it like every day. Our favorite scene is when the cop tells Harry to pull over and Jeff Daniels says, “No, it’s a cardigan, but thanks for noticing!” Soooo good.

The last thing we want to say is do not give up on what you think you can succeed at. Usually, that’s the thing you love most. Always try to find something positive in your day, even when it is the worst day ever! Life is too short not to. As far as we know, we all have one shot at this thing called life. Make it count and help everyone you know do the same!!!