Hey! Well my name is Sonali, I’m a singer-songwriter from South Florida but I’m currently studying at NYU’s Tisch School of the Arts. You can find me on Facebook(facebook.com/ItsMeSonali), Instagram, Twitter (@itsmesonali), YouTube (youtube.com/sonaliargade), or on my website (www.ItsMeSonali.com).

Ha that’s a long list! Well from the current scene one of my biggest influences is Ed Sheeran, he’s such a fantastic songwriter. I love how detailed and story like his lyrics are. And of course his voice is just absolutely angelic, so he could probably sing the alphabet and I’d be just as entertained. I also really like Colbie Caillat, Mumford & Sons, Passenger, all that folky, singer-songwriter type stuff! Most people would be surprised to know that I actually love classic rock and metal as well. Led Zeppelin is one of my all time favorite bands, they’re just incredible.

Well I’m just starting out myself so I have a lot to learn! But one thing that you really need is determination. My whole life I’ve been told how hard it is to make it in this industry and how the odds are against you, and that’s always been a reality I’ve come to accept. But theoretically hearing that and actually living it are two totally different things. My biggest piece of advice is to just stick with it. If you have a strong passion for something, as most musicians do, you have to just go for it and give it your all. That can be really hard sometimes, as success usually does not come for a very long time…if at all. But that’s all part of being an artist!

Hm…I definitely wish I had practiced more when I was in high school! Don’t get me wrong, I definitely did my fair share of playing, but more practice can never hurt! Still hear my mom’s voice ringing in my years!

I haven’t had anything too extreme happen yet! One thing I will say though is I am the clumsiest person ever! So you can imagine when you’re sharing a cramped small stage with several other musicians and a bunch of cables running all over the place…not the best situation for a clumsy person like myself. Needless to say I’ve done my fair share of tripping haha. And that’s definitely happened on more than one occasion.

Do you have any other hobbies other than playing music? Collect stamps? Collect hats from off the side of the road? Make sock puppets? Sit in the dark and eat Cheetos?

I wish my hobbies were that interesting! I’ll have to take up hat collecting off the side of the road I suppose. But I’d say my hobbies are pretty typical for a kid my age! I love just hanging out with my family and friends, especially my dog Scooter! I also enjoy reading, and just walking around and exploring New York City.

The current music scene is a really interesting one, I’ll say that! Everything’s changing, it’s in a very transitional state. That’s both really exciting and also very daunting. It’s not as lucrative as it once was, and the old models of how to break new artists and stay relevant are becoming outdated. So now it’s kind of like all the rules have to be rewritten. While there’s a ton of grey area, it’s also super exciting because it’s a chance for us to invent our own ideas, and find new ways to make things work. I’m excited to be a part of it!

There’s both a good and bad side to reality shows. Some really phenomenal artists have been launched through shows like this, and they are really great platforms for exposure. The problem with reality TV is that it isn’t exactly reality all the time, a lot of it is staged, because it is at the end of the day a television show that is there to entertain its viewers. I wouldn’t say reality shows have hurt the music industry, but I do think it creates a somewhat unrealistic portrayal of what it means to “make it” as an artist.

I wish it wouldn’t happen, but I think it’s sort of inevitable at this point. I think the best thing as musicians is to just accept this. It kind of forces you to think of a different or more creative business model to survive. It also forces you to wear a lot of different hats, which can sometimes take away from the creative side of things, but it is what it is!

Tell us something about you that we wouldn’t expect to hear.

I’m a huge nerd, but I’m proud of it! I’ve always loved academics just as much as music, I was that kid in high school always taking a million AP classes and trying to get straight As haha. Also, I’m a big Lord of the Rings fan…that’s as nerdy as it gets, right?

I’m embarrassed to say I have never seen Gilligan’s Island and cannot even name a single character…except Gilligan of course haha. So I have absolutely no idea!

Vinyl? What’s that? Haha of course I know what vinyl is! I sadly have never purchased one though; I hope to change that soon.

Ha! Well no if I choke him I would significantly decrease my chances of survival, as I’m sure the world would be much more preoccupied with rescuing Justin Bieber from a deserted island rather than myself 🙂

I think Miley is very smart! She took some time, completely rebranded herself, and came back to the spotlight with a splash. Her goal was to make everyone take notice, and that she certainly did. Love her or hate her, everyone knows her name and has an opinion about her, and that’s great exposure.

Real vocals! I actually love hearing slight imperfections when artists perform live (to an extent of course haha). It just reminds us that we’re all human I think.

Hm, I believe her name is Sonali…haha just kidding! Someone who’s starting to make it pretty big is Passenger, he’s such a great songwriter. I definitely hope his career continues to blossom, I think he could be big!

I would say Ed Sheeran but I think I’ve already gone on enough about him for one interview haha. I guess I’ll say Led Zeppelin though. They can write songs that are classic blues, reggae, folky acoustic, you name it, yet have a sound that is so distinctly them. It’s great, they’re all just tremendous musicians.

But if I tell you then it won’t be a secret anymore!

Oh I hate this question haha, I can never pick just one! I love comedies, but at the same time I love dramas with really in depth characters and storylines, I guess that’s where the writer in me comes in! I guess one of the best combinations of that is Forrest Gump, that’s a great film.

Well I guess this would be a good time to talk about my music! Based on my influences and the artists I’ve talked about, you can probably guess my music is pretty singer-songwritery haha, I like to describe it as pop/rock with a folky twist. I’ve been told I’m some sort of a mix between Colbie Caillat and Mumford & Sons, which is such a huge compliment because they’re both great artists! If you’d like to hear some of it, visit my website! (www.ItsMeSonali.com). 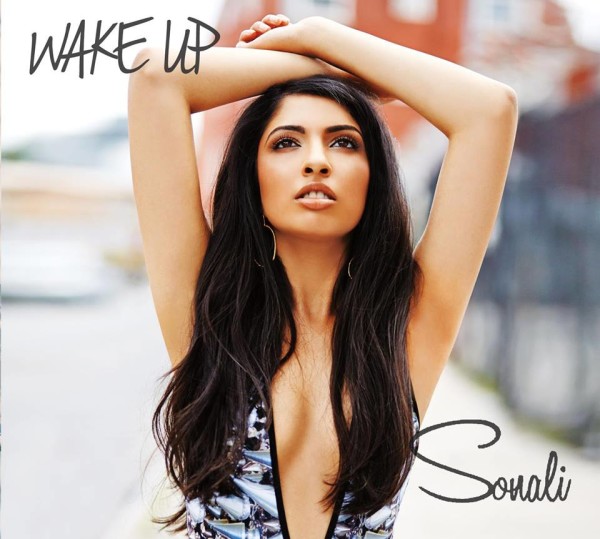