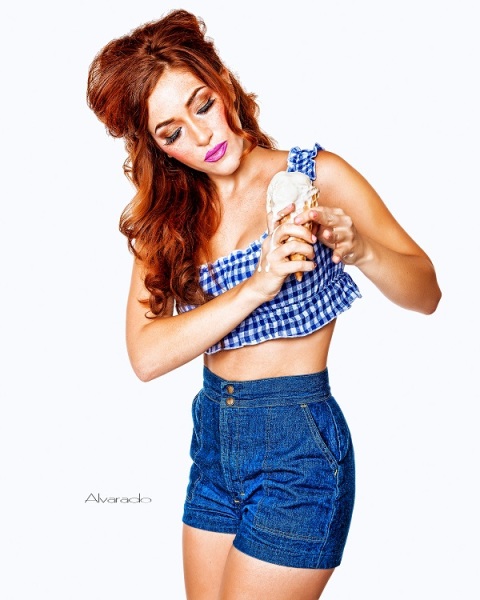 Hello! My name is Molly and you can find me on all the major dating sites including Tinder and www.MollyRothMusic.com

Rachmaninoff, Whitney Houston, Freddie Mercury, Jeff Buckley, Fiona Apple, Sia, Billy Joel, MJ…. because the majority of these artists are not just amazing vocalists and musicians, but also songwriters. As a songwriter, I understand how difficult the process can be and these artists not only were outstanding performers but their original music shaped and changed the entire music industry. They’re my musical gods. There’s more but these flew off my tongue.

Stick to what you’re great at. Of course, I spent a lot of time finding what it was that I was great at and that takes time too. But, once you know what it is—don’t get distracted or try to be something you’re not. For instance, I was so enveloped in my love for music I spend a lot of time (and money) trying to learn how to engineer, record, and produce, interning all over the place including the Sunset Marquis’s recording studio and at publishing companies. I was scattered when I should have been focused (Could be my ADD). I know now what I do best; I am a vocalist, a pianist, a songwriter.  So now I spend my time developing just those talents. It only takes one but I have three sucker!!! Muhahaha!

I am so weird. I have performed in front of a thousand people without a single flinch. But when a ‘Significant Other’ walks into one of my shows, I’m as nervous as a nun in a sperm bank. When I was 17 this happened and I nearly passed out on stage. I had to stop in the middle of the song and I just walked off. Peaced out. Imagine seeing someone performing an emotional ballad at the piano and right in the climax of the bridge stands up and walk off stage. After lots of personal in-my-own-head therapy and self-examination I believe it stems from classical piano recitals as a child. I know this sounds strange but anyone who plays classical knows what I am talking about. Teachers hold seasonal or biannual recitals with their students in front of all the rich parents and while the parents couldn’t give a crap about how you hold your elbows or which finger you use to play a particular note, your teacher is there noticing every little slip up and taking notes for your next lesson…pretty overwhelming for an 8-year-old. That significant other is the one person’s opinion I care about pleasing. Something I have gotten better at (thankfully) but I still find amusing.

Funny you should ask. I like to draw picturesque poopies. Palaces with shading, flies, and steam rising. It’s kind of like my personal tag. Don’t believe me? Please see below:

Tell me that’s not a perfect poop?

Like maybe three years ago I was like all emo saying, “The music scene sucks. There’s nothing good anymore.” Blah, Bleh, Bleh. I realized I was listening to the same old stuff as ever. I wasn’t making a big enough effort to find new and interesting artists. Twitter Music, Pitchfork, live small venues in LA, and just online YouTube hunting totally opened my world to so many emerging acts it’s stupid. It’s not the same kind of music as the “classics”. The music today is almost entirely short-lived and meant to be that way for a lot of reasons, I feel, to do with our economy and short-attention spans. But, I still enjoy it and it still inspires me every day. I guess as a Millennial, I’m hopeful… *looks up towards the distant clouds*

It’s bulls***. I know people are going to download anyway and it is out of my control. But if you like an artist, buy their stuff. You buying it is your vote for them- the labels read your “votes” and it encourages them to invest more in your favorite artists.

I don’t know Gilligan’s Island but I asked my close friend just now and he said The Professor for me and I should be ashamed to say this so I am going to put it in the interview and dedicate it to him. Here’s to you, Greg.

Why would I purchase a venereal disease? Does it get you high?

There’s a lot of funny answers that initially popped into my mind just now. All of them cruel and heartless but we should never joke about death or killing anyone. I’m going to be the bigger person here and say that I would dress him up in my classic vintage polka-dotted onesie, heels, and just him give him the full makeover. This is his chance to shine. No paparazzi. No Selena. No mom. Just his truly beautiful features and my blush brush. I am genuinely curious to see how sexy he could be. I’m a Belieber!

Homegirl shouts me out in practically every song she has.

Love you too, Miley! – Molly

There’s just something about lip-syncing that is so authentic to the original. I love paying $60 to hear the record I bought played live. Please, whatever you do, don’t sing.

Bob Ross. Because it’s happy clouds or no clouds.

50 Shades of Grey. It’s not out yet but I already know it’s hilarious.

GO TO ITUNES TO LISTEN TO MY NEW SONG, “PIN ME UP” AND “LIKE” MY FACEBOOK PAGE AT WWW.FACEBOOK.COM/MOLLYROTHMUSIC TO KEEP IN THE LOOP FOR UPCOMING SHOWS, PHOTOS, MUSIC RELEASES AND MY EP! *KISS*