The Wonder Years will never be the same. He was signed to perform at Woodstock because they thought he was a black soul singer since all they heard was his voice!

From The most hated news source…FOX 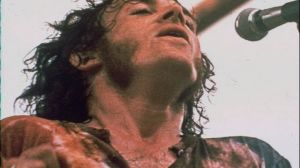 Joe Cocker, the singer and songwriter whose hits like “You Are So Beautiful” made him a legendary star, has died, his agent told the BBC. He was 70 years old.Cocker had a career in the music industry that lasted more than 40 years that was filled with top songs like “With a Little Help from My Friends” and “Ain’t No Sunshine.”

His agent said he died of an undisclosed illness.