Luis- Hello, my name is Luis and I like short walks on the beach. I also play guitar for the band “weareTheBigBang” yes, one word and no we didn’t name it after that watered down “that 70’s show” that’s currently on. We’re more of a Neil deGrasse tribute band I’d say. Check us out here… 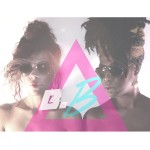 Elaine– Prince, how can you not love Prince?! But seriously though, my mom was in love with him so I listened to and watched a lot of Prince growing up, including his sweet 80’s/90’s movies! Prince is a musical beast that has thoroughly had me captivated since my youth due to his style of performing, song writing, guitar slaying, and of course his sweet threads.  I often find myself thinking, “what would Prince do?!”

Elaine- Learn how to network, nurture your relationships, and don’t burn any bridges. I honestly feel like 90% of this business is who you know.  Unfortunately, it’s rare that artists make it on shear talent alone these days.

What piece of advice did you ignore that you wish you hadn’t?[hmtad name=”Adsense Unit 1″ align=”floatright”]

Luis- I didn’t ignore it per say but it definitely took a while for it to make sense. When I first moved to LA, I was very fortunate to meet and chat with Tim Nordwind of the band “Ok Go”. He mentioned something around the lines of “don’t lose your sense of humor kid”. It really came in handy about a year ago… Shit gets real out here.

Luis- At Coachella, right after we played, I pooped in an empty Budweiser box because the lines to the porta-potties where ridiculously long. I just had to do what I had to do I guess…

Luis- I’m a pretty big conspiracy dude, I tend to stay up late talking to extra dimensional beings… Earth is like “tinder” for them.

Luis- I dig it, just because EDM and hip-hop are in right now doesn’t mean that there’s no scene. People are lazy, there’s a lot of good music out there you just have to take the time to find it. Go now! Go find a scene!

Elaine- Honestly, I think a little bit of both, but mostly hurt. The exposure from those shows sound pretty amazing, but in reality a fan that is found and made pretty much overnight from such exposure seem as though they are not quite in it for the long haul and are easily distracted. And then in a few months they are on to the next potential winners when the new season roles around.  At the end of the day, I would much rather have 1000 real genuine fans who have grown with you as an artist, who come to shows, who share music and buy merch than “thousands” of over night fans who will forget all about you and your music with the next season of episodes. Another thing to take into consideration are the restrictive contracts that contestants are forced to sign to compete on these reality shows.  Many of them are very similar to 360 deals that are commonly offered by labels. I’ve heard so many horror stories from past contestants where they can’t release any new material and don’t have any control over their careers, just as if they had been shelved by a major music label.

Luis– It’s a good problem to have and I actually think it’s vital in the beginning of any career. It will always exist and I’d be flattered if I heard someone was illegally downloading or sharing our music.

Oliver (keys)- Is always on time which is weird

Cheyenne (Vox)- sleeps with the TV on

Enrique (bass)- got the whole band addicted to that special chocolate

Luis (guitar)- I was vegetarian for a whole year

Luis- Never watched it. My dad watched the Mexican version with really bad Spanish overdubs. He seemed to like it though. I’m pretty sure he’d bang the hottest one or maybe all of them.

Luis- I like the kid… I’ve run into him a few times in Hollywood. Once he even looked in my direction and kinda smiled at me or at least someone behind me. I’d feel like we’d get along. Take the best shirtless selfies together.

Luis- My child with Hanna Montana

Chey- I will forever be in love with Michael Jackson because of the passion in his music. Regardless of his personal life/media, when he hit the stage he left everything there.  He always gave his all and that is what I always try to mirror when I’m performing

Luis- Robocop, the original. It’s stupid and I’m in love with Peter Weller. He never got much play after that but he’s a dream boat. The new Robocop remake fucking sucked, a little piece of me died when I watched the new one.

Everyone and their Grandma should check out these bands! They are all good friends and are amazingly delicious

Too many to name but yeah… Music is cool! Oh and we have a new EP coming out in June! I expect everyone there! Place to be announced!