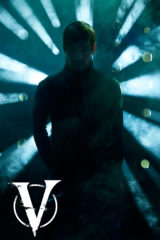 Like us on FACEBOOK:  Welcome to Kick Acts. Tell us a little about yourself and were you can be found online. My name is Russell Ray drummer and Co-Founder of VYCES. You can find the band on Facebook under Vyces/Official. That is the same for all other social media sites and the website is www.vycesofficial.com.
END_OF_DOCUMENT_TOKEN_TO_BE_REPLACED

Welcome to Kick Acts. Tell us a little about yourself and were you can be found online. Thank you. We are Adage out of North Carolina. We are a 4 piece group of just normal guys who love to play music; Justin Doyle on vocals and lead guitar, Luke Petree on guitar, Alex Hough on
END_OF_DOCUMENT_TOKEN_TO_BE_REPLACED

“GENTLEMAN EAST”   Having recently stepped down after twenty odd years as The Badlees, one would think Bret Alexander and Paul Smith would take some time off from making new music. One would be wrong. Since 1990, they have been the driving force behind thirteen Badlees records, one solo release and a CD with The
END_OF_DOCUMENT_TOKEN_TO_BE_REPLACED