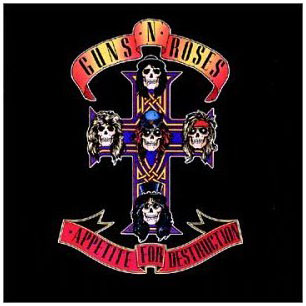 From the opening riff of Welcome To The Jungle to the final notes of Rocket Queen, this album grabs you by the balls and doesn’t let go. This album captures the raw energy that made Guns N’ Roses the megaforce that changed the face of the music scene in the late 1980s. It also succinctly captures Axl Rose’s “you can suck me” attitude. Each song is well written and the album covers a wide spectrum of musical styles. GNR managed to mesh the heaviness of Welcome To The Jungle, the anger of Out To Get Me, the melodic genius of Sweet Child O’ Mine, the sexual innuendos of Anything Goes, and the drug related content of Mr. Brownstone into the quinessential rock album. This album still sounds fresh even after having been released more than two decades ago. If you only have one GNR album in your collection, it should be this one.