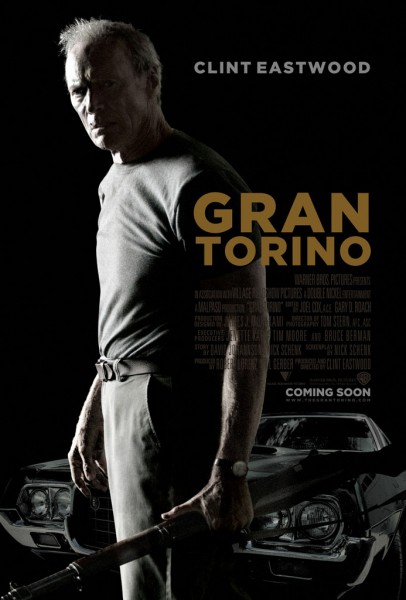 Man what a freaking awesome movie!  My wife Denise and I watched this the other night. This is Clint Eastwood at his best! Now I suck at movie reviews because, well I want to talk about the movie and give away the ending by accident. So I’ll watch myself this time. Clint is playing the part of Walt,  a grumpy, unhappy  retired Ford Motor Company worker that also fought in the Korean War. His wife has just died and the all American neighborhood that he moved into 30 years ago is now being overrun by foreigners. He is set in his ways and opinions. He takes notice of the younger generation and how disrespectful they have become. Even his own kids and grand kids are disrespectful. His next door neighbors are foreigners and he has a certain way in the beginning of the movie on how to deal with them. In a nutshell, Walt doesn’t take any shit off of anyone and calls the game just how he sees it and on his own terms whether it’s the “Correct” way to call it or not. During the course of the movie his opinions change about his neighbors and vice versa. However, some of his old school opinions are validated too in the actions of other people. He also keeps a prized Gran Torino that he helped build and bought brand new in his garage. That’s all I am saying about that. Without going any further and spoiling it, this a great movie. I want to add here that if you are so tender hearted and politically correct that you are easily offended by words like “Super Spade”, “Egg Roll”, “Gook”, “Fish Head”‘ and “Pussy Dick” and a lot more insults like that in the same line, you might steer clear of this one. Those words are part of Walt’s make up and he is not always right … Ok, I was vague on the content of the movie to some extent. Check it out yourself, I think you’ll enjoy it. I give it 4 Dirty Harry’s out of 5. Running time is 1 hr 56 minutes