1.      Hello Tony and welcome to Kickacts.com. Tell us a little bit about yourself. 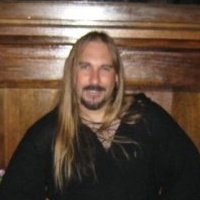 Hey man, thank for this opportunity, I really appreciate being tossed on the other side of the table.

Well, I am a magazine editor of Mass Histeria Magazine, a music fan, a bunch of other things and a believer…one of those chandelier swinging, Bible thumping, born againers, lol.

3. Over the years you have interviewed literally hundreds of bands and artists. Are there any that stand out to you in their interviews that you were really impressed with over the others?

Lance King was cool and so was Rob Rock. Two great singers active in the metal world.  I was happy that Bride was one of the first bands that agreed to be interviewed.  Mortification was another cool interview.  I really think Steve Rowe of Mortification is one of the most inspirational Christian metal musicians out there.

3.  And in the same vein, have any of them not been what you expected? 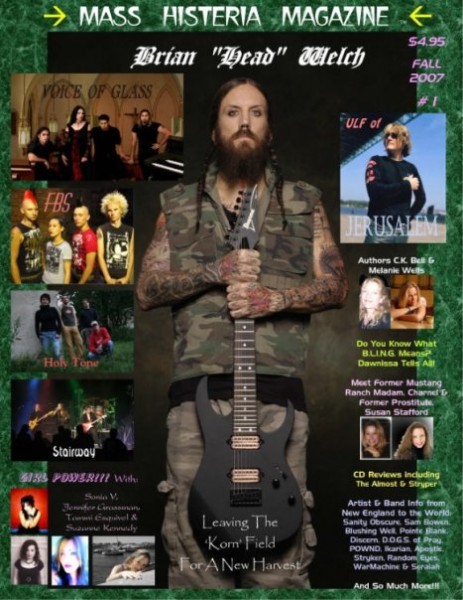 handed to them on a pedestal.  Dreaming big is cool, but I think some expect everything for free, especially in the Christian realm.  I give some guidelines before I do interviews, and they get discarded all the time.

Some bands avoid the spiritual questions I ask, and then I won’t put them in the mag.  I don’t get to in depth with it either.  I respect one’s beliefs but won’t put in a band or artist who just wants to look cool and hide who or what they are.

And then there are the bands who promise to do an interview then left me hanging.  I rather not mention names though.  One artist had walked away from the faith.  I decided not to use his piece because he became very disrespectful and hard to correspond with.  He chose to name call instead of talk rational.  I will not promote jerks, and I don’t care who they supposedly serve.

4 What is the State of the church today toward Christian Rock and how is it different now than it was back in the 80’s?

I remember in the 80s when long haired dudes would get called immature and not true Christians.  I was one of them being ridiculed.  It didn’t matter how much I read the Bible or attended Church…the length of my hair was the measure of my spirituality…the longer it got, the less spiritual I was in their eyes.  As if there were spiritual scissors that would magically make me a better Christian.  Funny, most of the short haired women were the stone throwers too.

Nowadays it seems that having people covered in tats is the in thing for the worship team.  So a lot has changed.  Most music is accepted for the most part now, except maybe the extreme metal bands.

I always wanted to sing and maybe pick up the bass.  I started singing with a few friends, but decided it took too much time for me right now.  I do one day want to record a full length CD with songs I wrote, even if it sucks real badly.

6. We talked briefly about how a lot of Churches want entertainment but do not want to fund it. What’s your opinion of that?

I think maybe some churches want to be treated as royalty and they forget that they have a responsibility to be about God’s business, and not their own.  Getting people into God is more important than filling seats in a particular church or building their own kingdoms…

I get mad when Christians will burn copies of CDs of bands and wonder why the band didn’t make it or can’t afford to tour.  I also hate it when a band does finally come around to a local venue and Christians won’t be their to support them, yet go to secular shows and drop tons of cash…it is hypocrisy because they are the same ones who critique the Christian bands.

To toss one of the questions that you ask bands back at you; if you could be remembered for something, what would you want it to be?

That I was a normal dude who battled my own issues, but tried to live a Godly life despite myself.  I hope that somehow my life will help others, even if it is for someone to learn from my mistakes.  Whether my name is remembered or not is not important to me.  Though being in an encyclopedia would be cool, hahahah.