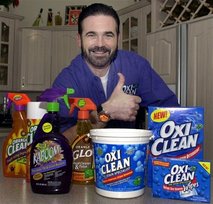 TAMPA, Fla. – Billy Mays, the burly, bearded television pitchman whose boisterous hawking of products such as Orange Glo and OxiClean made him a pop-culture icon, has died. He was 50.

Tampa police said Mays was found unresponsive by his wife Sunday morning. A fire rescue crew pronounced him dead at 7:45 a.m. It was not immediately clear how he died. He said he was hit on the head when an airplane he was on made a rough landing Saturday, and Mays’ wife told investigators he didn’t feel well before he went to bed that night.