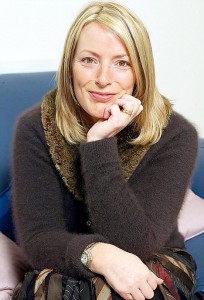 Lucy Vodden, who provided the inspiration for the Beatles’ classic song “Lucy in the Sky with Diamonds,” has died after a long battle with lupus. She was 46.

Her death was announced Monday by St. Thomas’ Hospital in London, where she had been treated for the chronic disease for more than five years, and by her husband, Ross Vodden. Britain’s Press Association said she died last Tuesday. Hospital officials said they could not confirm the day of her death.

Vodden’s connection to the Beatles dates back to her early days, when she made friends with schoolmate Julian Lennon, John Lennon’s son.

Here is the link for the rest of the story…