On August 24th we did in an investigation in a well-known cemetery, in a neighboring county. The cemetery itself was one of the first racially integrated cemeteries in Kentucky, and one of the crowed cemeteries i have ever seen.(People are literally buried on top of one another) The cemetery is also listed on the Historical Landmark directory, and has a few historical figures buried there that will remain name-less due to the privacy of the cemetery. During our investigation one of our investigators, Alison Fields, heard a buzzing noise flying around her head. (which possibly could have been an insect but I’m including it for what happens next) No insect was seen and the buzzing didn’t stop even though she was moving her hands around her head to try to smack the supposed insect. One of our other investigators, Donald Fields, was standing close to Alison, with the EMF in his hand when the meter went crazy and spiked to almost 8 milligauss. ( It should be noted that there were no power lines in this location of the cemetery and the battery in the EMF was brand new, and Alison and donald did not have any other electronic equipment that could have gave a false EMF reading) One of our lead investigators, Chris Caudill took this picture after the EMF meter spiked. The first picture is genuine and has not been manipulated in anyway. The second picture is the same only it has been brightened. 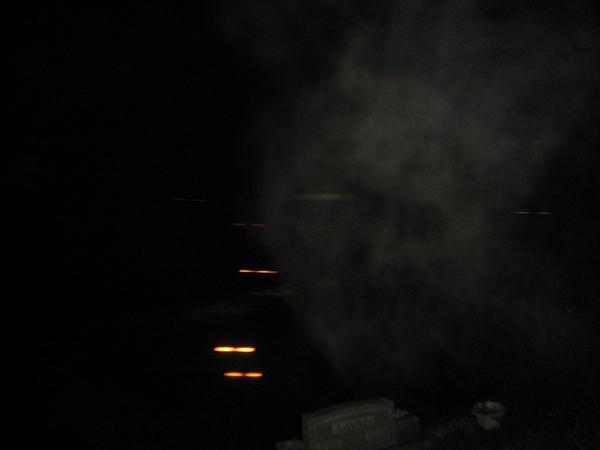 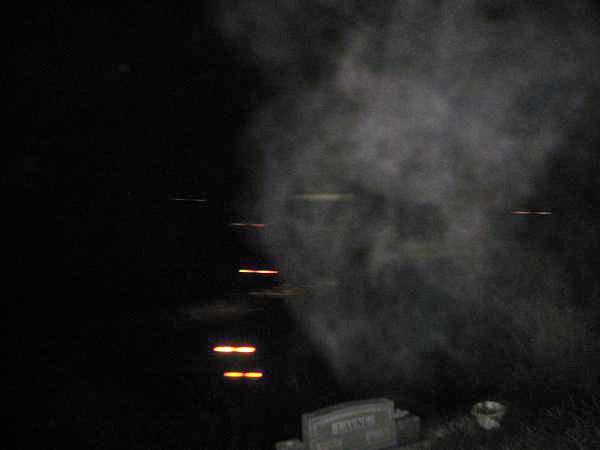 “Before I (Chris), snapped the picture Alison Fields was feeling something go through her. Also we had a temp reading of 66.6 and afterward I had 3 scratches on my right forearm from something we can’t explain.  The evp we have you can hear plain as day say “tell them””