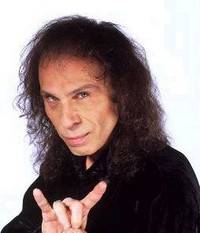 DIO‘s lineup for the European tour was supposed to include WHITESNAKE/ex-DIO axeman Doug Aldrich due to the fact that the band’s regular guitarist, Craig Goldy, had prior touring commitments with BUDGIE in Australia.

DIO‘s “Killing The Dragon” album from 2002 was released in June on limited-edition vinyl with a gatefold pop-up cover via Night Of The Vinyl Dead. Only 500 hand-numbered copies were manufactured.