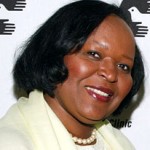 Reed Hall was diagnosed with breast cancer in 2007 and succumbed Thursday at a Santa Monica, Calif., hospital, her husband, Tamim Amini, told the Los Angeles Times.

The actress, who turned 63 last month, also starred on Broadway and was one of the original cast members in the off-Broadway production of Sgt. Pepper’s Lonely Hearts Club Band on the Road. She also appeared in Hair, Chicago and Eubie!

In 1976, she took on the role of Sesame Street’s Olivia, a professional photographer and the kid sister to the character Gordon. Reed Hall left the Street in 1988 because of her conflicting schedule with the NBC sitcom 227 — in which she played the best friend of Marla Gibbs’ character.

here is the rest of the story.