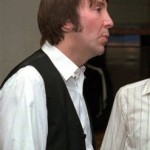 Not to mention a childhood friend of mine Ricky Beck passed away today also. (Editor Chuck Gee)

Doug Fieger, leader of the power pop band The Knack who sang on the 1979 hit “My Sharona,” died Sunday. He was 57.

Fieger, a Detroit-area native, died at his home in Woodland Hills near Los Angeles after battling cancer, according to The Knack’s manager, Jake Hooker.

Fieger formed The Knack in Los Angeles 1978, and the group quickly became a staple of Sunset Strip rock clubs. A year later he co-wrote and sang lead vocals on “My Sharona.”
here’s the rest:
http://news.yahoo.com/s/ap/20100215/ap_en_mu/us_obit_doug_fieger