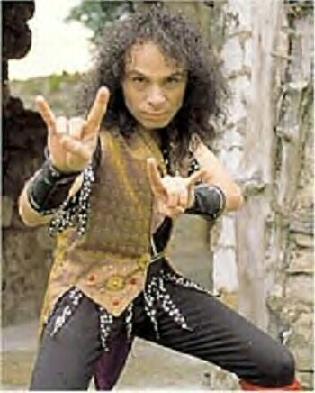 The nicest rock star I ever met. True to his fans and a great voice. A rock n roll legend.

Always one of the rock n roll children, chuck.

Ronnie James Dio, whose soaring vocals, poetic lyrics and mythic tales of a never-ending struggle between good and evil broke new ground in heavy metal, died Sunday, according to a statement from his wife and manager. He was 67.

Dio revealed last summer that he was suffering from stomach cancer shortly after wrapping up a tour in Atlantic City, N.J. with the latest incarnation of Black Sabbath, under the name Heaven And Hell.

“Today my heart is broken,” Wendy Dio wrote on the singer’s site, adding he died at 7:45 a.m. “Many, many friends and family were able to say their private goodbyes before he peacefully passed away.

“Ronnie knew how much he was loved by all,” Wendy Dio continued. “We so appreciate the love and support that you have all given us … Please know he loved you all and his music will live on forever.”

The statement was confirmed by Los Angeles publicist Maureen O’Connor.