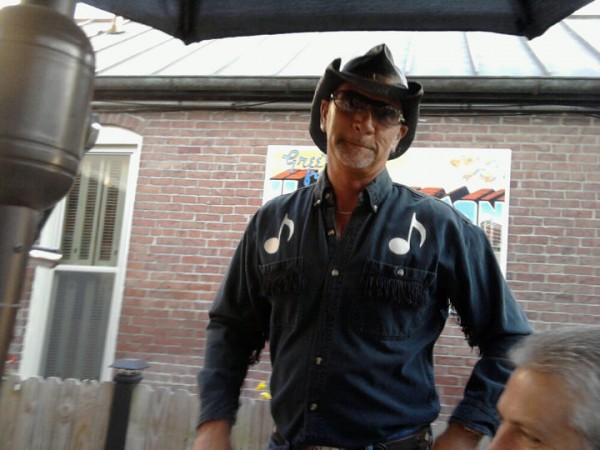 1. Hello Kenny Bird, welcome to KICKACTS.Tell us a little bit about yourself.

Born and raised along highway 60 west in a town called Corydon Ky, 3 brothers and 1 sister,my father started ( Brantleys Pest Control ) in 1969 an is still working in it today at the age of 80.  My friends, family and roots come from that little town and I’ll never forget the good times I had growing up there.

2. You perform a very popular weekly show at En El Rio’s. Tell us about that and how it all got started.

I had a couple friends who learned to play guitar when they where only like 13 and they liked for me to sing ( Only Make Believe ) by Conway Twitty, and from then on my name became Kenway Birdy. I knew from a early age I could make people laugh and enjoy themselves when they heard me sing. En El Rio let’s me do it any way I want to and believe me , I don’t like rules when it comes to being a entertainer. Anything goes, it’s always the peoples show and the people make the show. I’m just there to say it out loud and entertain. Always do your best to read the crowd and keep them smiling and laughing and you’ll always have a good show.

3. Who are your musical hero’s? 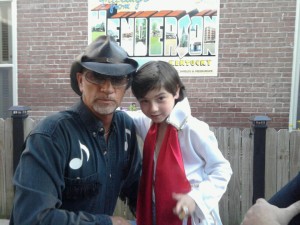 4. Any advice for someone just starting out in the music business?

I think to be a big player in the business you must put on the kind of show that is fun for everyone there. The kind of show that they tell others about and sing the songs the people can relate to. Remember their looking for something different and entertaining. Always and I mean Always bring your ‘A” game. Never stop once you start a song , no matter what, your best times can happen by accident .

5. You’re a natural born entertainer but do you have any other hobbies too?

I’ve been traveling the roads on a Harley since 1995 with good friends. I collect guitars, ride horses, enjoy making music and helping others learn to play guitar .

6. Do you remember your first real time performing in front of an audience?

The first time I ever played live was so great, people who knew me all my life was surprised to see what the kid could do. I was probably around 17 or 18 on my first gig and there were only like 12 people there that night but we all knew each other. Believe me Chuck, I gave them all I had and they loved it. So we got to go  back in like 2 weeks, and the house was packed.  That was a big deal because the owner couldn’t serve the drinks fast enough and hired a waitress which was the first time we ever saw that, because he never had one. Entertainment just got very interesting for me, I did’nt realize the power I had to keep a crowd entertained until that night. What A Night It Was.

7.Tell us about the first concert you went to.

I think it was a Bob Seger concert in the late 70s I always feel like there’s so much more I should do on stage after watching a great show like Bob Segers. 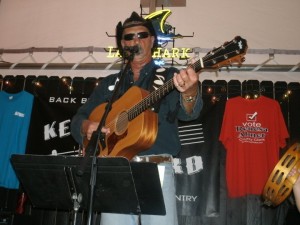 8. What can the people expect at “Kenny Bird’s Big Show” at En El Rio’s?

I’ve always said , When you come to see a Kenny Bird Show, you’ve come to see a guy who loves to entertain and he never leaves home without his “A” game. It’s always the peoples show. What ever makes them laugh, what ever makes them remember something about the show. What ever it takes to make them want more. I respect the people and I listen to what they want to hear, so I’ll do what ever I can to see they get their fix. I guess my answer to your question would be, One heck of a good show.

9. If you could perform with one entertainer, wether they are alive or deceased… who would it be and why?

I would have loved to be on stage with Elvis Presley. He’s always been a favorite of mine.  He got away with anything on stage. he was a great entertainer and the crowd cheered him on until he couldn’t sing another note. Who wouldn’t dream of being apart of something that great? He invented a style of singing, moves, and his clothes, which will be around til the end of time. He said once that if his singing sucked, at least he looked good in his outfit. I believe that to be what helped set him apart from other musicians. I love to dress up when I go on stage, I know the people like it , cause they ask where I got my clothes at. Dressing up for a show  shows people you came to have a good time, and believe me, I do.

10. Is called “shout it out Loud”. It’s where you get to talk about what ever you want to talk about. So go ahead Kenny and “SHOUT IT OUT LOUD”.

Thanks for tha interview Chuck, I really can’t  think of much to add to what I’ve already talked about. Hope your magazine is a big success and if there’s anything else I can do just ask.