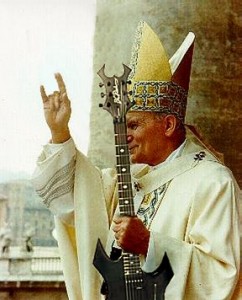 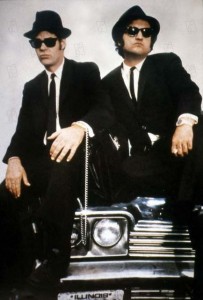 TAORMINA, Sicily (Hollywood Reporter) – When Jake and Elwood Blues, the protagonists in John Landis’ cult classic “The Blues Brothers,” claimed they were on a mission from God, the Catholic Church apparently took them at their word.

On the 30th anniversary of the film’s release, “L’Osservatore Romano,” the Vatican’s official newspaper, called the film a “Catholic classic” and said it should be recommended viewing for Catholics everywhere.

The film is based on a skit from “Saturday Night Live.” In the story, Jake and Elwood — played by John Belushi and Dan Aykroyd, respectively — embark on an unlikely road trip featuring concerts, car chases, clashes with the police and neo-Nazi groups, and attempts at revenge from a spurned lover, all, ostensibly, to raise money for the church-run orphanage where they grew up.

And something totally different..can you see a resemblance here?? 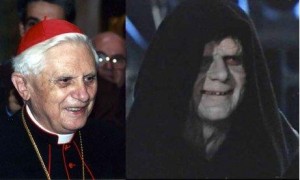