1. Tell the readers a little bit about yourself and your musical background. 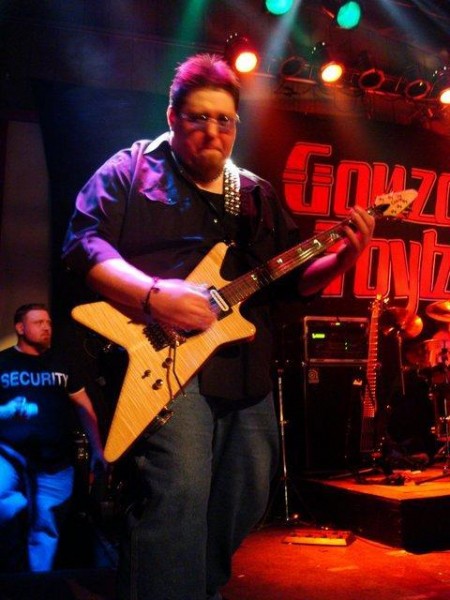 Well, I’ve been playing guitar since I was ten. That’s enough to say that I’ve been playing a LONG time…HA! I grew up around country and gospel, but, that all changed when dad bought me my first KISS record… “Destroyer”, if memory serves. From that point on, it was all about the “ROCK”! (no, not the wrestler…)

2. How did you come up with the band name?

I was in a band many years ago where the guy whose house we practiced at had this little dog named “Gonzo”. It used to leave chew toys all over the practice area and one day, in frustration, I just blurted out “Gonzo needs a toy box…” and that was it. I thought it was a cool name. The rest of the band didn’t agree and shot it down. That project never made it out of the basement, but, the name stuck with me over the next several years till GT was born.

3. Who are the members of the band and who plays which instrument?

I play guitar and backup vocals. Mark Goines is our lead singer and, along with myself, is the only other founding member left. Glen Foust is on drums and backup vocals. He was our sixth drummer in two years, but, has been with the band since 2003, I believe. Stuart Martin on bass and Ed Sein on lead guitar have both been with us for just over two years now. They came aboard during a time of upheaval and uncertainty in the band and really gave us the kick in the ass we needed to move forward. We really have become like a family and when we’re on stage together, it’s best to just stand back, cuz we’re gonna bring it!

4. What kind of gear does each of you use?

Ed uses Bogner amps with Mesa Boogie cabinets, and plays Gibson, Godin, and PRS guitars. Stuart and I both use Mesa Boogie amps and cabs exclusively. He plays Music Man and Carvin basses. I play a Gibson Les Paul and have recently been playing a brand of guitars called “Flaxwood” which are made in Finland and are just incredible instruments. To be honest, I’m not really sure what kind of drums Glen plays…all I know is they sound great miked up. I think we all use Shure microphones. Mark tends to go through a lot of mics. He’ll deny it, but, he’s always blowing them up somehow.

5. Do you do cover tunes, original tunes, or both?

We all write in this band and there are a few “Gonzo’s” originals floating around somewhere. However, there’s not much of a market for original music in this area, which is a shame because are a lot of great local artists out there. Our stock in trade has been playing covers, but, we try to do them in a way that is uniquely ours. We get told a lot by fans that they like our versions of certain songs better than the original artist’s…which always makes us feel great! 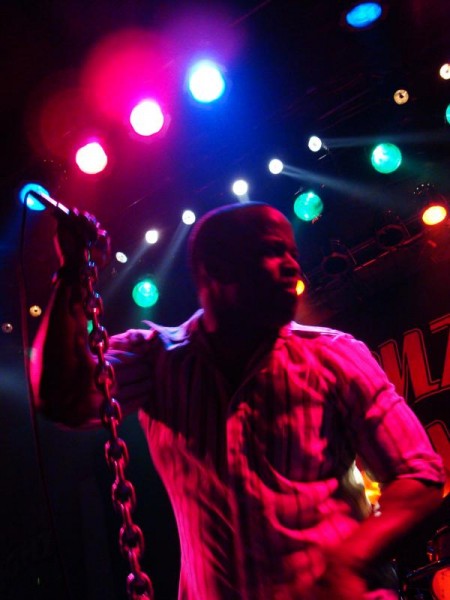 6. Who are some of your influences, musical or otherwise?

Wow! There are so many, it’d be impossible to even narrow it down. Although, I tend to gravitate away from what’s popular or trendy. I like artists who aren’t afraid to show who they are and what they’re about to the world. I’m also very impressed with great musicianship and thoughtful lyric writing. A great song is just a great song and will reach out and grab you no matter how it’s presented.

7. Tell us about some of the greatest and worst gigs you’ve experienced.

Playing the Freedom Festival in 2007 was off the hook! So was the Friday Concert Series in Owensboro before they tore down the the old Executive Inn. We miss that gig. The Haubstadt Bierstube is always a good time, as well. New Year’s at the old Woody’s was a great show as is nearly every New Year’s gig we’ve ever played. As for the worst, I really can’t think of any that stand out. The way I see it, the worst night of gigging is better than the best day of work!

8. Tell us about your impressions of the local music scene. What do you think could be done to improve it?

Well, I think that new clubs need to do a little more market research before sinking too much time and money into a concept that doesn’t have much shelf life. I’ve seen a lot of venues come and go because they try to come in and change the way people want to party. New ideas are great, but, know the limits and listen to what people want…and that means more than just a select few. Also, I’d love to see the local radio and television stations do more to promote homegrown artists. New music scenes pop up in the strangest places sometimes. Who would have thought Seattle would explode the way it did when Grunge came in?

9. What do the members of this band do when they’re not rehearsing or gigging?

We all have families and jobs. That, combined with band business and rehearsal, doesn’t leave time for much else, unfortunately…

10. This one really isn’t a question. This is the part of the interview where we ask you to say what’s on your mind or to give a shout out to whomever you want.

I would just urge musicians to stay true to themselves and maintain direction. It’s so easy to get caught up in what goes on around a little bit of success. There is nothing like buying into your own hype to bring down everything you’ve worked for. Most of all, remember this: the band you’re talking shit about today, may be the band you’re auditioning for tomorrow…this is especially true in our little neck of the woods. Aside from that, I just want to say “Thank you” from the bottom of our hearts for all the support and continued success that we in GT have been blessed with! May we be worthy! See y’all at the show! 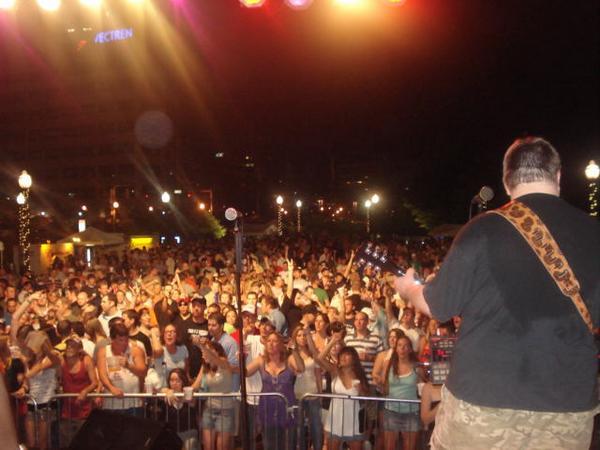