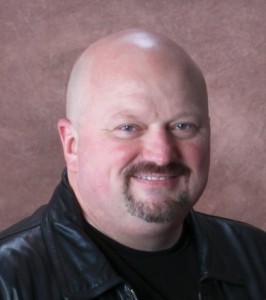 1. Hello Ed Collignon and welcome to Kickacts. Tell us a little bit about
yourself and your band.

Hello Chuck and “Hello” to all of the Kickacts readers. First off, I’d like to say just how much I’ve enjoyed Kickacts magazine. It’s been a real treat and I’ve been going online to read past issues too!
To tell you a bit about the band, my partner Dan Beyl and I have been playing music collectively for well over 60 years. While we’ve both been played in tri-state bands for years, we’ve never played together in any bands other than an occasional gig to temporarily fill-in for an absent band member. I’ve always enjoyed Dan’s playing and his approach to music. He is quite the professional in all aspects and it’s such fun to work with him. We’ve often mentioned the possibility of playing music together someday but our timing has just never lent to it. It seemed that we were never “un-busy” at the same time! Early in 2009, I contacted Dan to see what he was doing musically and he indicated that he might be free to do something soon. He asked what I had in mind and I talked about my interest in taking an acoustic approach to music. I probably didn’t tell him that the “acoustic approach” also SCARED the hell out of me too! I’ve always been an electric guitar player and playing an acoustic guitar is a whole different approach to a gig. I’m so used to being part of an ensemble that the thought of being just two acoustic guitars/two voices was pretty new to me. I have a great amount of respect for musicians who do it with just one person. I take my hat off to all of them! While Dan has primarily been a bass player in previous bands, he has always been quite the closet guitarist. He often downplays his abilities on guitar but he is a very solid guitar player with a tasty technique. Please don’t tell him I said that! Anyway, we got together and ran through a bunch of song charts that I had been accumulating. It felt really natural to us and fun too. So, we started learning tunes and weeding out the less favorite ones. Thus, Strolling Tones was born. This has been the most fun I’ve had musically in a very long time.

2. You guys play everything, from the Beatles to ColdPlay. Do you have a
favorite type of music?

You know, we actually like ALL kinds of music. Now, I realize that sort of
statement sounds pretty cliché but it’s really so true. Pop, rock, reggae, metal,
country, jazz, eastern… there is usually something to appreciate and enjoy in any
genre. Some types of music just seem to offer a bit more to me than others. “To
each his own”.
My particular favorite type of music would be the blues. I found my love of the
blues through Eric Clapton when I was barely a teenager. Obviously, the blues was a
big influence to Clapton and he has performed many blues covers throughout his
career. Whenever I would encounter one of these covers on his albums, I’d go check
out the original artist and subsequently found that I liked what I heard! Through
Clapton, I gained a deep appreciation of Elmore James, Albert King and Freddie King
and others. The blues is such a huge part of American music. Music today would be
MUCH different and almost unrecognizable without it.
Now, Dan is a bonafide Beatle-maniac. Like me, he enjoys so many styles of music
but the Beatles have clearly been a big part of his musical upbringing. Seriously,
the following statement is true. Dan has a room decorated in “early Beatle”!! If
any of your readers get a chance, approach Dan at one of our gigs and ask about his
Beatle wig and boots. Yep, he has them! If the Beatles brand offered Underoos, Dan
would have those as well.

3. You guys have been in some really cool and popular bands over the
years. Care to fill us on some of them?

Well, Dan has been in Evansville for more years than me and has been in countless
bands. Probably, some of his more recent bands have been Open Road and Flashback.
He was a founding member of both bands. Dan was in Flashback for years and they
played EVERYWHERE. They were always playing at local clubs, private parties, and
festivals. Flashback is still playing.
I’ve played in a few local bands but had the good fortune of playing in M.B. & The
Flips for many years. We were the house band at the old Casa Gallardo (now Hacienda
east) for years and we played all over the Tri-State area. Anyone remember D.C.’s
Lounge? We played there a bunch. If we weren’t playing in your favorite club, you
just needed to wait a day or two and we would probably be there.

Personally, my favorite gig of all time would probably be a night with M.B. & The
Flips at the Executive Inn Showroom Lounge here in Evansville. We were playing for
a large national organization of women representing the oil industry. The room was
packed and very lively. These ladies came to party and didn’t bring their men
folk. I have never seen such revelers. The late former Texas Governor Ann Richards
was the event’s keynote speaker. I got to hang out with her that night at an after
party and she was a hoot. Quite an interesting lady!

5. And in the same frame, how bout the worst horror gig ever?

You know, I’ve been blessed with some pretty sweet gigs and audiences in my
lifetime. However, years ago there was a wedding reception where the bride’s father
had way too much to drink, became thoroughly obnoxious and wanted to fight one of my
fellow band members over some songs we had played. No kidding!! I’m not making
that up. It was like watching a train wreck in slow motion. The guy kept
threatening him. I really thought that we were going to come to blows. I’m
thankful that it didn’t come to that. Luckily, some of his family members were able
to get him out of there.

6. Do you guys do any original music too?

Dan and I both write music but we hadn’t begun writing any “Strolling Tunes” until
recently. We’re currently working on a few tunes and hope to debut them soon! 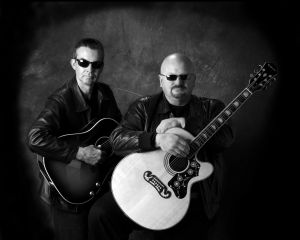 7. You guys are really talented. What inspired you to play in the first place?

I’ve always been deeply moved by music and particularly live music. Dan is much the
same. My mother’s family was very musical. Unfortunately, I didn’t get to play
with them much at all due to age and geographical distances. I can remember the
very first time that I heard some people playing music together. The hair on my
neck stood straight up. So, you know that if hair was involved with me… it must
have been a very long time ago!
Dan had a very musical family and an uncle who was pretty inspirational to him. The
uncle cut him a sweet deal on a brand new Fender Jazz bass and Fender Bassman amp.
It was very cool gear for a young man and gave Dan an extra push into his musical
future.

8. Hypothetical situation. Your stranded on Gilligan’s island and you get
to hook up with only one the girls… Is it Ginger, Mary Ann or Mrs. Howell
and why?

“Only ONE”??? Well, I had a major crush on Mary Ann when I was a boy. Since I’ve
gotten older, I see things from a different perspective. Mrs. Howell or “Lovey”, as
she was so affectionately referred to by Thurston, obviously made the old boy pretty
happy. Being rich and famous, I’m sure that beautiful women were constantly
throwing themselves at him. But, he was crazy about HER. A woman of experience for
sure!

9.Where can find you on the web at?

We don’t have a dedicated webpage but you can find us on Facebook. “Like” us,
please!!. It’s always kept up-to-date with gigs, etc. Also, some demo covers and
our schedule are listed on the Evansville Courier & Press webpage too…
www.courierpress.com/bands/Strolling-Tones/
Both of these places are great places to find us but Facebook allows for more
interaction and such.

Okay, here’s a rare moment of seriousness for me… Any future isn’t a realistic
promise. At best, it’s simply a hope and a dream. Let’s be careful in each moment
we live. Treat others and our environment with courtesy and respect. We may not
survive today but waves of our essence can go on as our legacy. Make it a powerful
and good force!