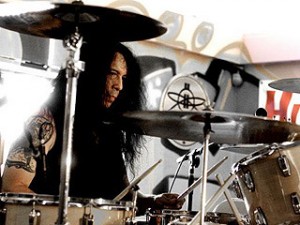 Frankie Banali is a world renown drummer you probably remember from the 80’s band QUIET RIOT. He was in the band for 27 years and the last 13 he was also the band’s manager. His career took a major sideswipe when his singer Kevin Dubrow died three years ago. As a single soccer dad in the suburbs, his long hair and tattoos frighten the neighbors, but to other drummers he’s a hero. At a cross roads in his life he must forge ahead and make a new life for himself and his daughter. Lots of never before seen home movies from QUIET RIOT’s heyday, interviews with dozens of rock stars, deeply personal footage and a few surprise twists. The most real, raw rock and roll documentary of it’s time

for the rest and the rewards of investing your cash, go here: