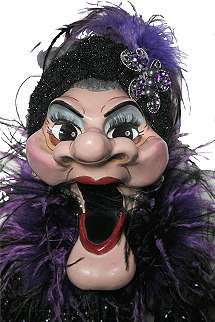 AEROSMITH bassist Tom Hamilton has confirmed to The Star-Ledger that the band’s frontman, Steven Tyler, will be a judge in the next season of “American Idol“.

“Steven is doing ‘American Idol’. The ink is dry on that,” said Hamilton. “So, we’ll have to work around his schedule for a new record.

“I hope it doesn’t hurt the new momentum we’ve built up on this tour, because that’s been so important for us as a band. But I wouldn’t want to be the one standing in the way of this for him. Steven is someone who absolutely lives to be in front of an audience, and the people closest to him know how witty and entertaining he can be. I don’t know if ‘American Idol’ will be rock ‘n’ roll enough for him, but it is an opportunity for millions of people to see another side of Steven Tyler.”

AEROSMITH drummer Joey Kramer recently told Billboard.com that he sees Tyler‘s involvement with “American Idol” in a positive light, explaining, “We’ve been talking about it the last couple of days, and it’s made me come to realize what a positive impact it could have for (AEROSMITH). The possibilities are kind of infinite with something like that happening, us being exposed to a whole new generation of people. So we’ll see what happens. It should be interesting.”

, however, has seemed in recent interviews to be shocked and a little upset about the news. He told a Tampa, Florida radio station late last week, “I was taken totally by surprise. First of all, why would he wanna do that instead of cruise on with AEROSMITH? We’ve got an album that we wanna do, we wanna do another tour . . . We’ve got so many things lined up, and then this happens. So many things go through your head. I’ve been with the guy for 40 years, and he couldn’t even . . . He said, ‘Well, they told me not to tell anybody.'”

Relations have been tense in the AEROSMITH camp since last year, when a stage injury forced Tyler off the road and eventually into rehab, even as he alienated his bandmates by talking about taking two years off to pursue a solo venture. The group retaliated with threats to find a new singer. Eventually the two sides reconciled, although the “Idol” news may stir things up again.