I guess I see his point….(chuck) 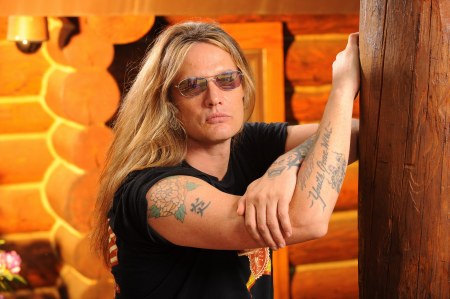 Bach: “They’re [the current lineup of SKID ROW] still around and they’re playing where they play and I have to go on the Internet all the time and explain to people that I’m not in the band, and it’s just frustrating.

On why he can’t reunite with his former bandmates as SKID ROW:

“I think of SKID ROW the same way you might think of picking up your high-school yearbook. You have affection for what happened 30 years ago, but you look at the yearbook and you go, ‘Oh, cool,’ and you shut it, and it’s today.

“I don’t know those people.