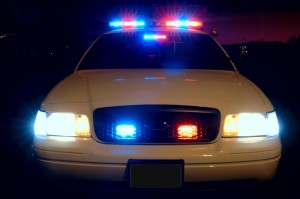 This past weekend I got pulled over by one of our city’s Finest for not wearing my seatbelt. I know it’s the law right up front…The Officer was polite and for once I was also polite. Heck I thought he had pulled me over for speeding since I was coming over the Second Street over pass and well, vehicles tend to pick up speed on the down slope… So anyway down by Holy Name Church is where I was stopped…. He said he observed me without the seat belt and of course I agreed since I wasn’t wearing it… While he was handing me my $25.00 ticket I asked him if I could ask him some questions and he agreed. So I politely asked him that as a Police Officer shouldn’t he be out “crime fighting” instead of generating funds for the local police department and our Government. I asked him if that offended him and of course he gave the pat answers. “No it’s the law’ he said. But I politely asked him again simply because I am curious and not trying to be a smartass.. He said no, he said he knows a kid here in town and he knows what vehicle he drives and the kid refuses to wear a seat belt also so he said every time he sees him it’s a guaranteed $25.00 ticket. It’s just the way it is… according to him. I told him that I believe helmet laws would be more practical on motor cycles but they are allowed to not have to wear one and clearly to me that is more dangerous than not wearing a seatbelt and he also said that he would write tickets all day for helmets if he could but he can’t. So I pried on. I asked him that I have noticed that in times past our city police Officers cruised within the City limits and the State Police and Sheriffs stayed out in the County and State roads but now that has changed. I told him I have seen State Police cars on McKinley clocking traffic and the Sheriff and Deputies pulling over people within the City limits as well as the State Police doing the same. I said aren’t you guys all three of you competing for the same ticket then if that’s allowed? He said no, he didn’t feel like its competition but I said but it is…you have to generate revenue too and now you are competing with the others for my ticket, not crime fighting but competing for my seatbelt ticket.. Once again he said no he wasn’t and I told him thanks and have a good day and of we both went our seperate ways and of course I will pay the fine to help generate revenue for the Police department and out State Government knowing that I will never be convinced any differently of it…The seat beat I know saves lives, no doubt but it’s my truck, I paid for it, I get no breaks for wearing it but I get punished if I don’t..It’s a little law that a long with a bunch of other little laws have slowly taken our freedom away and the masses will slowly give all of our freedoms away if we don’t stop it..

So enclosing, what do you think. Is the seat belt law and other pettily tickets like that just revenue generators or are they legitimate excuses for tickets?