This is almost a cartoon image of him..Its over photoshopped….

Bret Michaels may have suffered a brain hemorrhage this spring. And he may require heart surgery in January.

But the rocker hasn’t let such physical ailments slow him down. The latest cover of Billboard makes it clear that Michaels spends a lot of time in the gym and/or in a photoshopping class: 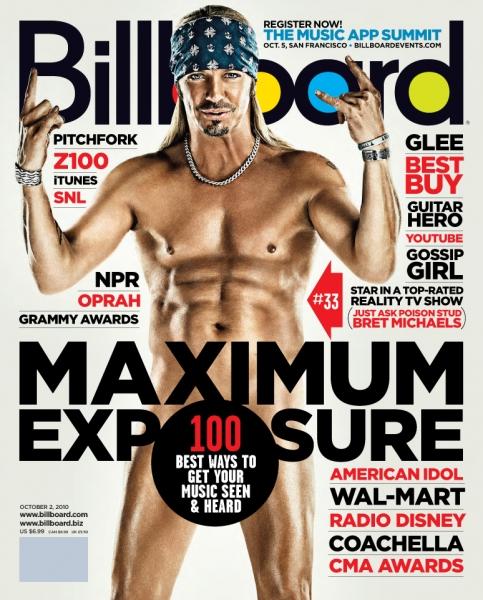 Asked about his upcoming reality show, titled Bret Michaels: Life As I Know It, the musician told the publication:

“It’s an all-access backstage pass into my everyday life, about finding balance between my passion for my family, my relationship with [Kristi Gibson] and being on the road.”

As for the way he’s often described by the media, Bret concluded:

“Writers always use the phrase ‘aging rocker,’ and I’m like, “What other option do I have?” You’re either aging or you’re dead. So I’m embracing it.”

For a man that was eerily close to the latter, that’s the right attitude to take. Rock on, Bret!