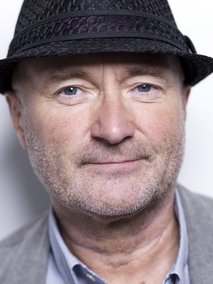 AP: How is the new Phil Collins different from the old one?

Collins: I’m just trying to get out of everybody’s face. The old Collins was in everybody’s face at the time because I worked all the time. … I’ve done an awful lot of stuff and I feel like it’s time to get a break from that, so I’m sort of reinventing myself a little bit, so the old Phil Collins has been written out of the script, and this is the new Phil Collins, who’s much quieter, and not such a pain in the (butt).

AP: I imagine there are a lot of offers to bring back the old Phil Collins.

AP: You say your life revolves around your children. What are some of the things that occupy you?

Collins: I’ve never really been able to take (my three adult children) to school. I missed out on all that stuff, so now I’m able to catch up and do it with my two little guys. And in doing it, I realize how much my older kids, how much they missed my part of growing up, and how much I missed of them, so it’s very, very important.

for the rest of an interesting interview, go here: