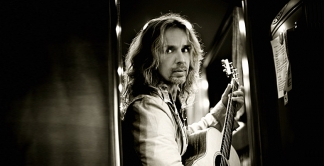 Tommy Shaw is literally the hardest working man in music – he has three major album projects on deck (more on that later) and he’s gearing up for Styx’ fall tour, where the band will perform 1977’s “The Grand Illusion” and 1978’s “Pieces of Eight” in their entirety. He always puts his audience first, unless they are fellow artists. Shaw blogs about why musicians should never sit in the first row and why he’s always watching you, yes you.

Artists do not make good audience members. No, this is not a case of self-loathing, but don’t discount that attribute; I think it’s one of the important oars in the water that helps propel many an artist’s vessel.

It’s more of a practical matter. Most people make wonderful audience members.  They benefit from the distraction of watching others who feel the need to get up under the lights and express this inner song or dance that is dying to be let out. Praise be to those who come there to be utterly distracted by the stories they can relate to, the laughter, the reminders of good times and bad, to be reassured that they are not alone but in fact their feelings are part of the whole human condition.  THIS is who you want to invite to your show, not the insiders!

I was reminded of this recently in Atlanta when STYX manager Charlie Brusco was inducted into the Georgia Music Hall of Fame at the 32nd annual awards ceremony.  Rolling Stones musical director/pianist and former Allman Brothers Band member Chuck Leavell stepped up to lead the all-star jam where Henry Paul (the Outlaws), Michael Cartellone (Skynyrd, Damn Yankees), Jeff Carlisi (38 Special), Bo Bice and Ace Young joined my STYX band mates on stage to close out an evening where the Black Crows and India Arie were among a distinguished list of 2010 inductees.

Having attended enough shows, I have finally come to the conclusion that I am not a lone freak, I am in a class of freaks of artists that just don’t know what to do with themselves from that perspective. Looking out that night at the audience, brightly lit because the event was televised, I could see them all.

As a rule, I enjoy sizing up the audience members as a whole, but more importantly as individuals. It’s almost a compulsion. I can’t wait to get a look.  (My wife) Jeanne tells me I make people nervous when I stare because I’ve got these crazy eyes that are like staring into the eyes of a blue-eyed Alaskan Husky. So, I try not to linger when making eye contact. It’s my compulsion, not theirs.

So there we were starting into “Blue Collar Man” when I looked out and saw them: Artists, musicians, their spouses and dates, their handlers and relatives everywhere, most of them friends.

I recognized that look on their faces – awkward helplessness and ‘fish-out-of’ water syndrome.

I think artists will agree, we just don’t know what to do when we are audience members. It’s difficult to suspend your disbelief as an audience member because you have too much experience from the stage and you instinctively take on the same reflex reactions as if you were up there, except now you are helpless because you are not in the mix.

A normal, happy audience member might not notice they were sitting next to an artist. (Often times when women flash their breasts at us, the people sitting around them don’t notice because they’re focusing on whoever is on stage.)  Too many artists in an audience create a bit of a black hole.

When artists make eye contact on the stage, we are all part of an organic living experience that is enhanced when we lock. Looking into the eyes of fellow performers sitting in the crowd is a whole other animal.  As if you are the magician performing for other magicians who have a basic understanding of how you are doing whatever it is you are doing.  When you’re prepared and warmed up, you can hold your own, and not hopefully not embarrass yourself amongst your peers. It’s just not the same as doing it for you, a real audience.

We’re at ease with you the true fan audience, feeding on your reactions. We watch you give in sometimes immediately, sometimes slowly and even reluctantly, allowing yourself to escape. We see the events and stresses of your day peel away as your inner movies cue up, the combined forces of familiar melodies and words sung, solos played and decibels of sound setting you free.

You aren’t burdened with how it’s being done, the team effort of the crew who is manning and maintaining the whole thing, while the artists pour their souls into the individual channels of audio being mixed by the person at the console out there in the middle of the room. All right there on the gear laden stage, under the lights so carefully set and focused before you arrived. You don’t care and you shouldn’t. It’s flattering to see artists in the crowd, because you know they feel a bit like a fish out of water.

So if you are new to the stage and you look out there and see people who look a little bit like you, but look like they need to jump back into the pond, take it as a compliment.

My defining moment as such a fish happened on October 24, 1997 sitting front row and center at the Fleetwood Mac concert at the Hollywood Bowl.  Our friend had invited Jeanne and I, and secured these enviable seats.  We were actually closer to Stevie Nicks than Lindsey Buckingham was that night.

There was the usual drunk girl squeezing into a non-existing seat between me and her new friend who’d paid for the seat next to me. You know the one I’m talking about, right? I like her better when I’m on stage.

As it got near the end of the show, there was that moment where you decide, “Do we bolt and beat traffic?  Or do we stay to hear that big song they’ve saved for the encore?” There had been the usual Hollywood Bowl traffic jam getting in, so it had to be on other’s minds as well, but they were not the two closest people to Stevie Nicks. I looked towards Jeanne just as she turned her left wrist towards her face to see what time it was. Stevie Nicks saw her do it too and there was a very uncomfortable moment. (For the record, we stayed for the encore.)

As awesome as Fleetwood Mac was, we were just too close, but we learned our lesson. We make it a point not to sit in the front row after that.  My apologies to Ms. Nicks. We should have traded seats with drunk girl!  She could have brought a friend!

Thank you for being you, the true, dearest, wonderful qualified members of the audience who continue to do what it takes to get there and know what to do.  From the bottom of our hearts, a collective touch of knuckles from us to you all.

Here’s looking at you!