I found your Penthouse magazine to be very “informative” as a young 12 year old kid….I loved the articles and the wisdom that you shared with the world month after month…I would study those ‘articles’ over and over… We used to keep a stash of them down by the train depot in a cardboard box under the loading dock since my Mom clearly wouldn’t understand the enlightning knowledge I was receiving from Penthouse..

In reality, I always went straight for the centerfold like every other normal kid:) And then I would move on to “Dear Penthouse”…. I never thought any of those stories were made up and I couldn’t believe all the luck these people were having while I was just still just an awkward alone  “practicing” lad… You sure helped alot of arm wrestlers too…chuck 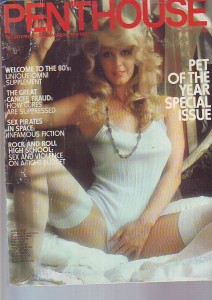 DALLAS — Bob Guccione tried the seminary and spent years trying to make it as an artist before he found the niche that Hugh Hefner left for him in the late 1960s. Where Hefner’s Playboy magazine strove to surround its pinups with an upscale image, Guccione aimed for something a little more direct with Penthouse.

It worked for decades for Guccione, who died Wednesday in Texas at the age of 79. He estimated that Penthouse earned $4 billion during his reign as publisher. He was listed in the Forbes 400 ranking of wealthiest people with a net worth of about $400 million in 1982.

In 1984 it was the magazine that took down Miss America, publishing nude pictures of Vanessa Williams, the first black woman to hold the title. Williams, who went on to fame as a singer and actress, was forced to relinquish her crown after the release of the issue, which sold nearly 6 million copies and reportedly made $14 million.