Queen guitarist Brian May has confirmed that the long-awaited biopic of singer Freddie Mercury will be shot this year, starring Sacha Baron Cohen. And it’s just one part of an action-filled year for the band. 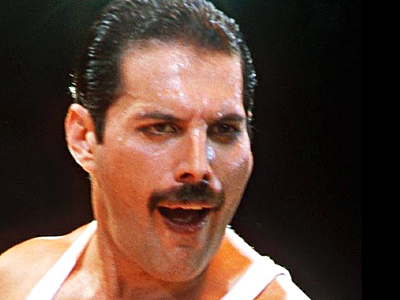 May says: “Work is fully underway. Peter Morgan has delivered a first draft of the movie, which everyone is very excited about, and Sacha is chomping at the bit to get into the role in a way which would delight Freddie.

“The whole team is preparing a shoot for later this year and a release in the autumn of 2012. Roger Taylor and I keep an ever-open door for ideas for Queen, a band which somehow refuses to lie down.”

This year marks the 20th anniversary of Mercury’s death and the 40th anniversary of the band’s formation. Other projects include a movie version of their musical We Will Rock You, a gallery exhibition of early memorabilia to be called Stormtroopers in Stilletoes, and a set of remastered albums.

May explains: “I know our fans will appreciate the attention to detail in bringing the early albums closer than ever to the magic of the vinyl originals, but with the benefit of up-to-the-minute technology.”

Taylor adds: “Wow – 40 years of Queen. Who’d have thought it? I can’t believe it’s been that long and we’re still around in such a big way. I’m amazed and grateful.”

Meanwhile, a book of memories about Mercury is also set for publication later this year. Bohemian Rhapsodies is authorized by the band and written by Robyn Dunford, who presents anecdotes and commentary from band members, friends, family and lifelong fans. Publisher Rock N Roll Books have stated that some of the money made from sales will be donated to the Mercury Phoenix Trust.