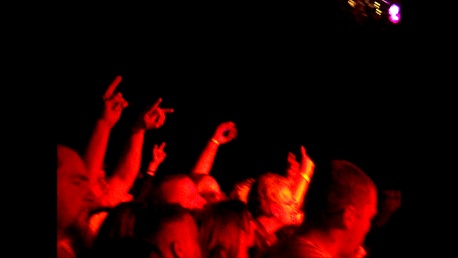 Time for Turbo (that’s me lol) to get into some Twisted Metal! That is exactly what I did this past week at the Osage Event Center here in Tulsa, OK. Even being a small venue, about 1000 people at capacity, the line up of bands I personally was thrilled to see LIVE! So I have been looking forward to this show for a couple months. Before we get into the metal of screaming guitars, the metal edge through and through of music and all things twisted beautifully by fabrication. No intention of saying, I went, they rocked, I came home. Whats next? A glimpse for those of you who might not have made it to the concert or haven’t heard some of the newer songs these bands are out there rocking tours with. Or even if you did, a perspective for the love of.  Just an insight to what I intend to deliver…an honest ROCK SHOW review. On that note, if you will. Please welcome the first act of the evening, KOPEK! 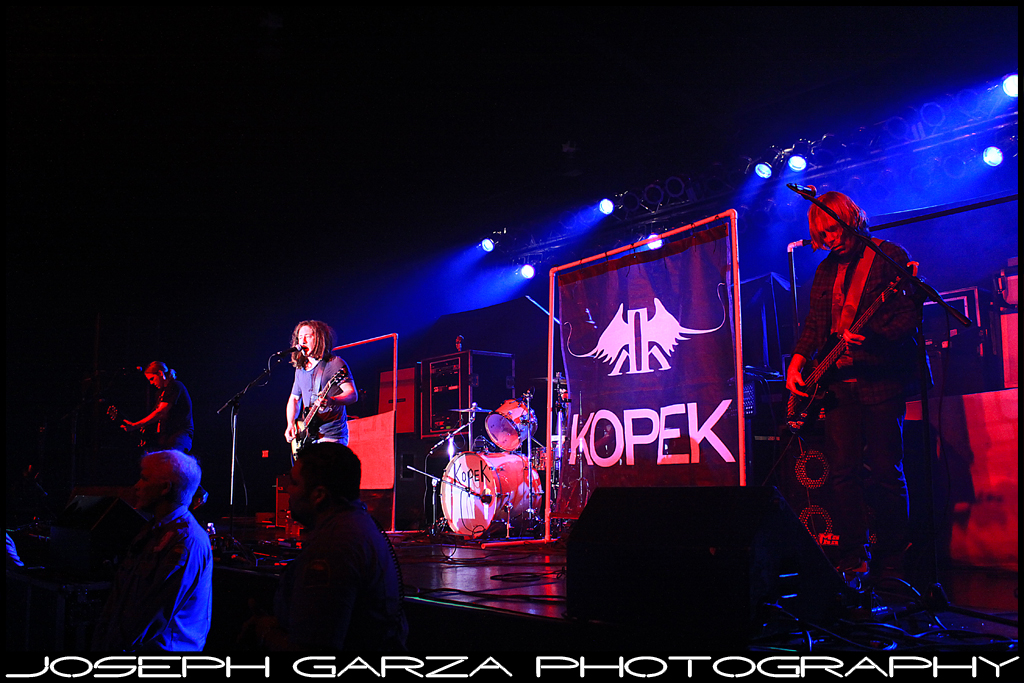 KOPEK is a trio band having played together for a decade, from Dublin Ireland that traveled 10,000 miles to rock the United States and that is exactly what they did. On tour for their 2010 Debut Album ” White Collar Lies”.  Kopek delivered nothing short of a enthusiastic “HEY AMERICA, WANNA PLAY?”  to the Tulsa crowd ! Sixty seconds or less into this performance of rock layer upon layer of talent, I found myself looking to see if I had mistaken and possibly they had more members but  they were indeed a trio. Very talented group musically speaking. The thing that really grabbed me not only as writer but as a music lover was Kopek’s Charisma on stage ! Their music has a lot of power. It says rock and roll in so many ways, words fall short.  Concert goers could visibly feel that and loved every beat as did I.  The lyrics are well written and run deep. Overall Kopek leaves you wanting more, a lot more. Debut album? Dark, edgy, inspiring and talented, rock and roll. Delicious introduction ! 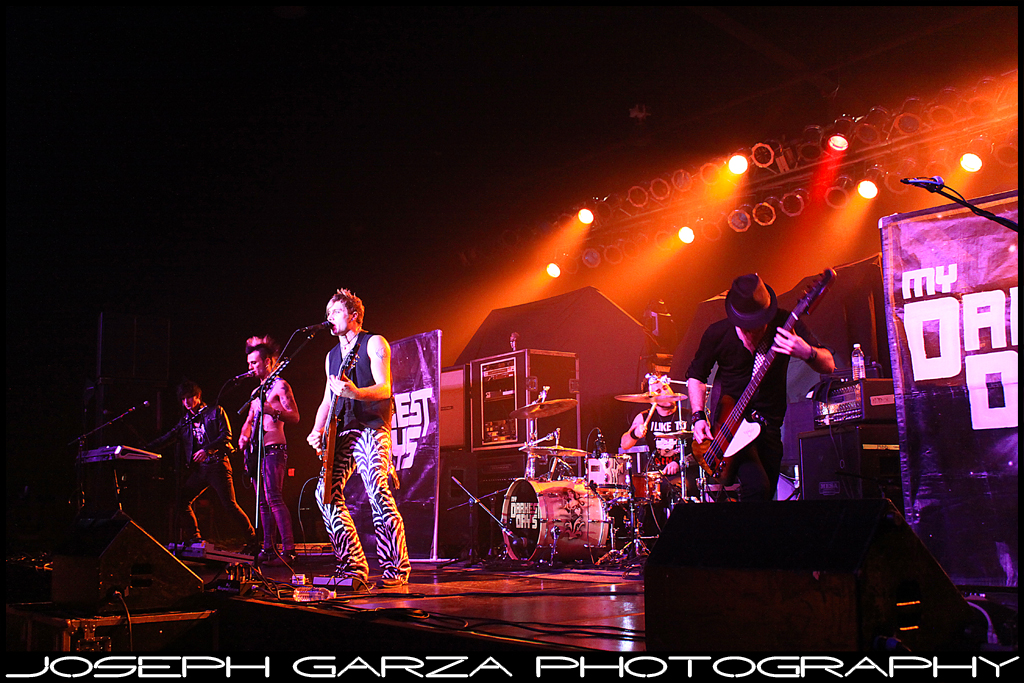 Next out comes a sharp, stylish My Darkest Days. Hailing from Ontario, Canada.  Each member of My Darkest Days were very crowd interactive. My Darkest Days put on a fun, high octane show that almost made you feel as if you were a member of the band too!  Matt Walst is at home on stage and keeps the interactive modern rock vibe going at all times and still manages to throw out a very strong voice with amazing range. Matt has raw talent dripping off of him, live. The Lead Guitarist Sal Coz Costa has a mesmerizing sound that just won’t quit! Shred. rinse, repeat. Fantastic! Brendan McMillan the bass guitar player rocked with a unique bass style that taunted us all!  The drumming of  Doug Oliver just revved up the audio of all of this together. Reid Henry on keyboard/guitar is all guts and passion in playing.  My Darkest Days belted out “Coming Undone”  the Duran Duran cover and the switch over to the alternative sound of the song with ease. Having the crowd pose for Live Facebook pictures was an instant hit! Another interactive thing  My Darkest Days did was have a meet and greet after the show with…the fans. No one left out.  This band has heart. I am not sure who is having more fun the concert go-er or the musician but it worked awesome, live.  Move Your Body and the closing song Porn Star Dancing (on  the billboard charts 30 weeks now)  many have termed “provocative”. Well, that is exactly the word I would use to describe this bands sound and show. Provocative Rock that has a very promising future! If my guess is right My Darkest Days is here to, play and stay. 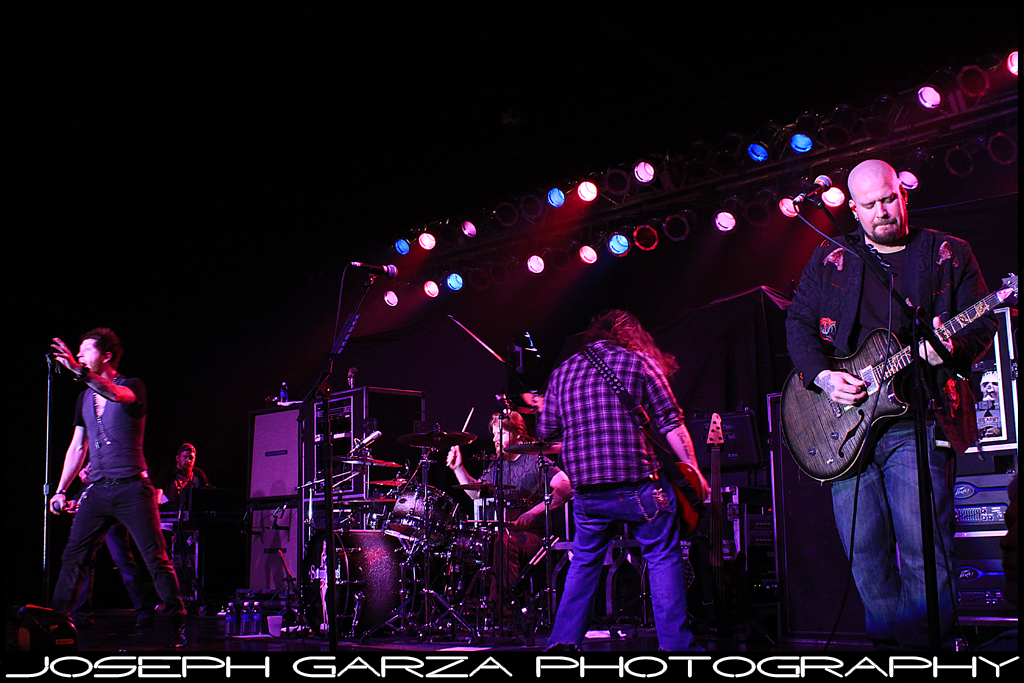 Almost pouncing onto the stage next was Saving Abel! What a concert!!! These guys rocked the house! I was indeed impressed. On Tour for their current album Miss America. Giving homage to those who have served and are serving which Saving Abel did twice during the concert here in Tulsa. The audience loved it and so did I, classy for sure. They also talked about the small town in Mississippi (Corinth) that they came from with nostalgia in their voice that was unmistakable. These guys did not only rock their hearts out, they shared some of themselves with the audience as well. I interviewed lead guitarist Jason Null before the show (see here at Kick Acts) and the thing that struck me most about how he felt about Saving Abel’s progressive was that they all were still having a blast making and playing music!! He also said they felt “very blessed”. Playing the red, white and blue American flag themed guitar Null never missed a beat during the Tulsa Concert. Jared Weeks voice is a weapon! WOW!  the drumming was screaming! Just an all around awesome rock show! This is what rock should be and is !  Jared Weeks visited the interview with a splash of pre-show fun and a couple laughs!  Down to earth doesn’t cover it. I also had a chance to visit with Jonathon Martin, Saving Abel’s Tour Manager who said the guys from Saving Abel really are all about the music. More from Jonathon Martin in my next article on “Saving Abel – Miss America ” look for that in the next week or so, only here at Kick Acts. Saving Abel has come a long way since 2005 and performed a slamming good old rock show! No pyro, no hydraulics, no dragon side show, just great stage presence and letting their music do the talking and it was screaming ROCK ME AGAIN SAVING ABEL – THE SEX IS GOOD! 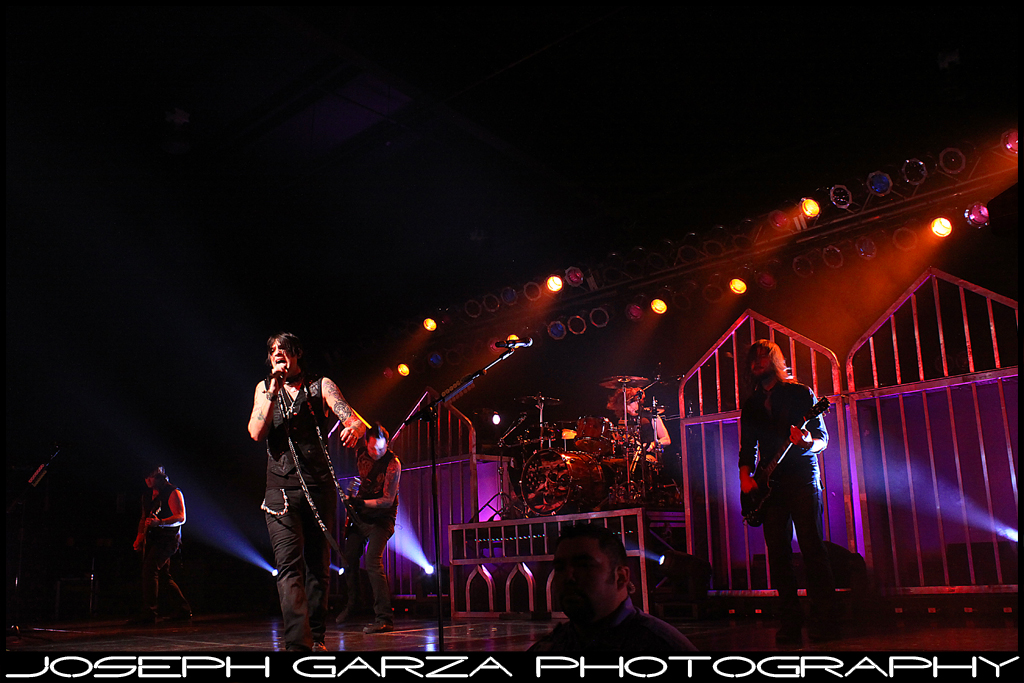 After all this great rock music the crowd was excited and rocking that was easy to see and then it happens! Lynn Hernandez of KMOD (97.5FM) Tulsa, OK get on stage to announce the sold out Headliner and really get the crowd going, clapping hands in the air, chanting HIN – DER, HINDER, HINDER out comes the amazing lights and the band and yes the crowd goes wild! I thought I couldn’t possibly see a better performance than the night had already delivered. But Hinder did steal the show ! They are at the top of their game in my opinion. Playing their guts out, loving every minute of it, each member giving it 100% on stage and a lot of talent in each member. They sound AWESOME Live! Playing several songs from the recently released All American Nightmare CD, Hinders third album. Austin Winkler and Hinder nailed a live version of “Better Than Me” the ballad off Extreme Behavior. It was refreshing to hear the range Hinder can carry. Ground pounding rock that will break your windows to ballads that reach in and touch your heart right in the place where it …beats. After touring since 2004 at least I couldn’t believe how hard these guys rocked. Guitar shredding at its finest. One of a kind drumming and gritty, almost southern rock style with a unique splash of hinder modern rock and roll. This band has proved they have staying power and have something to say. They ripped the knobs off and rocked Tulsa in All American Nightmare fashion. Tulsa will sleep well tonight.

The only thing I really felt lacked was the Event Center and its staff. A filthy square room with 2 small entrances. And staff that had no interest in assisting in anything.  With great shows like this and others visiting the Osage Event Center would do good to step it up a notch with a new coat of paint, if you know what I mean. We rocked anyway! \m/

Until next time, keep the Metal twisted, in the player!

I would like to thank Joseph Garza of www.okfightnews.com for assisting me at this event. See his photography in the Saving Abel article coming soon!