In this day and age of mostly chaos and constant frustration, we all could use a good story for the day… Here it is. 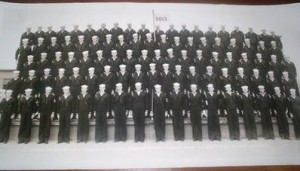 Wilbert Glenn Adriance, my grandpa, died on May 26, 2010, at the age of 91. Battling her own failing health, my Grandma Bonnie, his wife of almost 69 years, struggled afterward with the grief of their separation. She wondered why she was still here on earth, and over the course of the last year, her mind and body were painfully giving out. Some days she didn’t recognize her daughter (my mom) or anyone else.

But then something very strange happened. It was March 7, this year, and it would have been Grandpa’s 92nd birthday. My mom received a call from Essex, Md., near Baltimore. She and her family had lived there when she was a young girl. But the caller wasn’t any friend or family she recognized. Not many remained there anyway. The call was from Bill, a postal worker. He had a package for Grandma, and it was from Grandpa!

Bill explained that the slightly damaged and opened package was addressed to “Mrs. Wilbert Adriance” and had been sent from Farragut, Idaho, to Baltimore. It contained a picture. And it just showed up in the dead mail that day — Grandpa’s birthday. The package showed significant age, as it included Baltimore’s pre-ZIP code zone of 21.

Because the ZIP code system began in 1963, we knew the package was at least 48 years overdue. But Mom knew it was even older. Grandpa had only been in Farragut, Idaho, one time in his life. It was during his Navy basic training in 1944! (Idaho may not seem like a natural place for naval training, but 300,000 recruits trained at Farragut Naval Training Station during its four years of war-time service.) The package was 67 years late!

Because the postal worker’s father had lived in Essex, he said he was motivated to go beyond his postal-worker duty and try to deliver the long-lost package. He had found Grandpa’s obituary online and eventually was able to reach my mom to arrange express delivery to her address. Mom found it quite ironic that its plastic bag explained that damage “will occur because of the great volume handled and the rapid processing methods which must be employed to assure the most expeditious distribution possible.” At 67 years old, the package was actually in great shape.

The small cardboard tube contained only the black-and-white photograph of Grandpa’s training class, Company 5013-44 – Regiment 2 – Battalion 5. It was dated Sept. 19, 1944. There was no letter, but I am sure that he sent the picture to say, “We are far apart for now, but I’m OK. I am where I am supposed to be. We will be together soon.”

Nearly 70 years later, Grandma was able to see the picture and flashed one of her last smiles. She recognized her 25-year-old husband’s picture. She said, “Keep it in a safe place.” After 67 years, Grandpa’s message was faithfully delivered, exactly at the right time: “We are far apart for now, but I’m OK. I am where I am supposed to be. We will be together soon.”