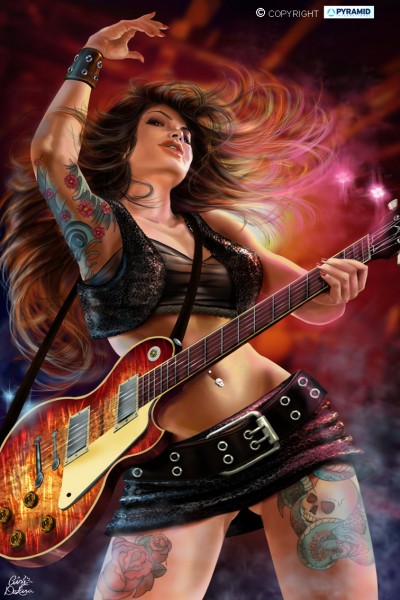 CLEVELAND – When Wanda Jackson was a girl with a gravelly voice who opened for Elvis Presley in the 1950s, nobody had ever heard a woman sing like that before.

By then, Presley was already gyrating his way to superstardom. But Jackson — called the “queen of rockabilly” for her gritty, feisty performances — couldn’t even get her songs played on the radio.

“It’s like they just got their heads together and said, `We will not help this girl do it,'” the 73-year-old Jackson recalls. “They just wouldn’t play my records if it was the rock stuff. So it didn’t take long before I was putting a country song on one side of a record and a rock song on the other.”

Jackson’s old acoustic guitar will be featured at a new exhibit dedicated to female artists that opens Friday at the Rock and Roll Hall of Fame in downtown Cleveland. “Women Who Rock: Vision, Passion, Power” chronicles the pioneering role of women in rock ‘n’ roll, from Ma Rainey and Bessie Smith to Bikini Kill and Lady GaGa.

The hall of fame had toyed with the idea of opening such an exhibit for years, and it gained traction after Cyndi Lauper paid a visit last year and watched a film about the roots of rock, said Jim Henke, vice president of exhibitions and curatorial affairs.

“She thought it was too male-dominated,” Henke says, “and she wondered where the female artists were.”

Museum officials say just about 9 percent of its inductees are women — a reflection of the rock industry, which was a macho culture at its core, says Glenn Altschuler, a Cornell University professor who wrote the book “All Shook Up: How Rock n’ Roll Changed America.”