Ozzy should retire anyway…. He can’t sing anymore..needs a teleprompter like our Prez. does…pisses his pants on stage (notice he pours water on himself every time?? And hasn’t released a good album since “No More Tears” in 1991. Studio magic is all that has saved him in the studio. I will admit he ruled the world and was awesome in his prime…But his prime is over…He is not only over the mountain but he is over the hill too and cant fly high again…Yes, it’s a sad day to realize that but Ozzy, hang up the bats. 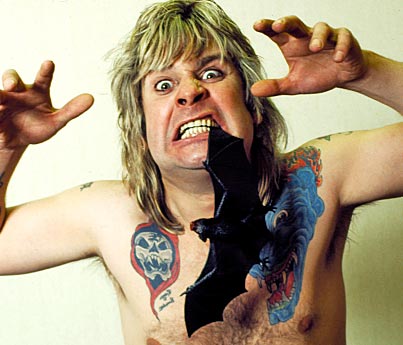 It’s now official: There will be no Ozzfest in 2011. The venerable heavy rock and metal festival, started in 1997 by Ozzy and Sharon Osbourne, has gone through a number of changes over the last few years as a result of economic woes and more competition from events like the Rockstar Energy Drink Mayhem and Uproar festivals. Now for the second time in three years, Ozzfest will not take place at all this summer. Ozzy said, “No, [there will be no Ozzfest] this year. I just finished a lengthy arena tour of the U.S., so I’ve decided to tour Europe this summer instead.”

There was no Ozzfest in 2009, while the 2008 edition was a one-day “destination” event in Dallas, Texas, starring OZZY, METALLICA, APOCALYPTICA, KORN‘s Jonathan Davis and more.

Even with a still-sluggish economy, the summer festival schedule is packed with events and tours like Mayhem, Uproar, Lollapalooza, the MÖTLEY CRÜE/POISON and ROB ZOMBIE/SLAYER double bills, and others.